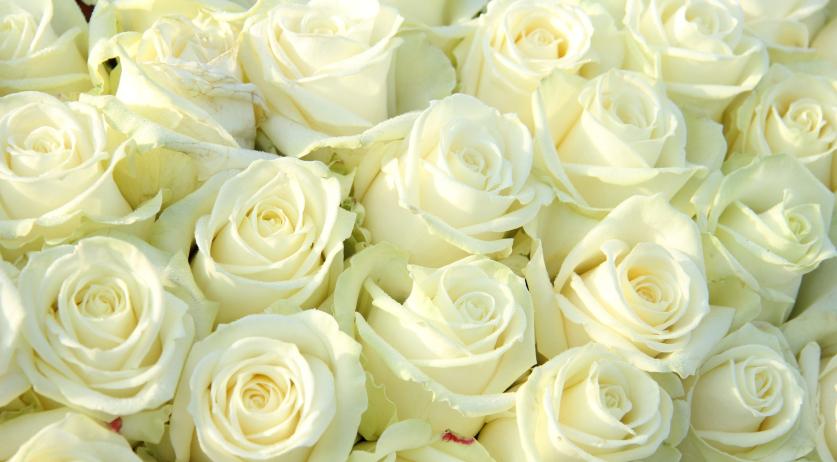 4,000 roses left at Oss town hall for man who set himself on fire

Four thousand white roses were placed outside the Oss town hall for Arie den Dekker on Thursday morning. Den Dekker died on Monday after setting himself on fire at the town hall in a last act of desperation following years of struggle with the authorities and municipality after his participation in a witness protection program went wrong.

A large sign left with the roses read: "For brave Den Dekker and his sacrifices in the fight against crime. Not for the mayor and the system."

The initiator of this statement, who asked to remain anonymous, told Omroep Brabant that he and a group of concerned citizens came up with this idea. They believe that Arie was the victim of the rule of law. "Criminals laugh when they read the reports of how the government washed their hands of Arie. He was not protected, but abandoned," the man said.

"The rule of law is under pressure and crime is increasingly prevalent. Arie testified against a criminal gang at the risk of his own life. The public Prosecution Service and the municipality shamefully left the man to his fate. Arie was good enough to be used as a witness, but after that he was left alone. Nobody wanted to take the responsibility. The reaction of the mayor is also said. The responsibility for his death was not taken."

Arie den Dekker became homeless after entering the witness protection program. He testified in the assassination of Peter Netten in 2018. A short time later, a fire bomb was thrown into the home he rented in Oss and it burned to the ground. The authorities moved him from residence to residence until he once told someone that he was in witness protection, according to Omroep Brabant. That is against the rules, so his protection program was put to an end in April last year.

The municipality of Oss would not allow him to live in his old municipality, because the chance of an attack was too great, according tot he broadcaster. Den Dekker pleaded for help multiple times with various protest actions.