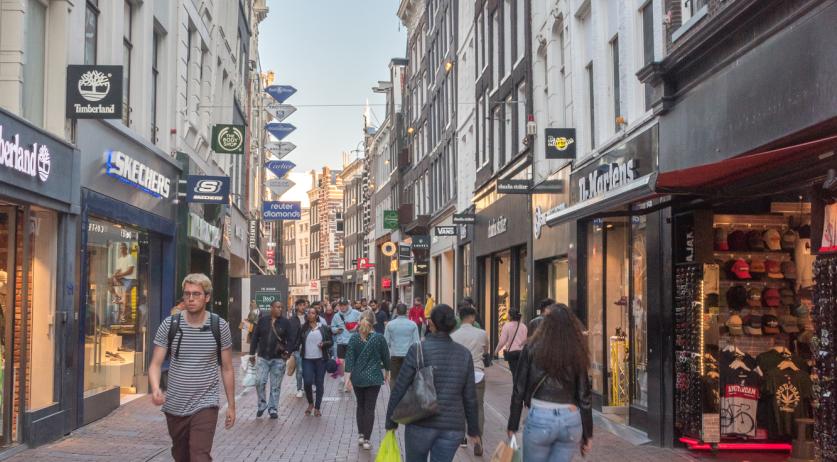 Shopkeepers on Kalverstraat in Amsterdam are calling on the municipality to oblige shoppers to wear face masks on the street and in stores. With this measure, they hope to prevent the municipality closing down the entire street if it becomes too crowded, AT5 reports.

"We see in surrounding countries that everyone has that," Pauline Buurma, street manager of Kalverstraat and Heiligeweg, said to the broadcaster about the wearing of masks. "The tourists also ask us: Why don't we have to wear a face mask in shops and shopping streets here? We are already used to that."

Over the past weekends, Kalverstraat and the Red Light District became very crowded, sparking concerns of a coronavirus outbreak. This past weekend the municipality implemented one-way foot traffic in certain areas, but according to the local shopkeepers, this only led to confusion. The VVD called for the Red Light District to be closed in its entirety at the busiest times.

But the entrepreneurs don't want the shopping streets to close when they get busy. "Obviously we don't want that, the municipality does not want that either, because the economic damage would be enormous," Buurma said. Though she acknowledge that an overall lockdown in the case of a major outbreak would be even worse.

The city is currently considering which measures to take this upcoming weekend. The municipality previously already said that a ace mask cannot be a substitute for social distancing in the fight against the virus.