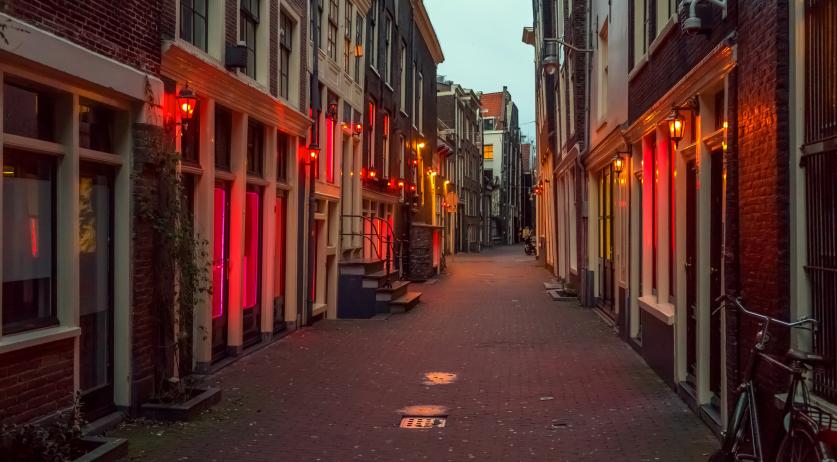 A portion of Amsterdam's De Wallen neighborhood, home to the city's primary Red Light District, was closed Saturday night after an influx of tourists made the area unmanageable. The city shut down many of the narrow alleyways in the neighborhood, and converted several streets into one-way traffic for pedestrians.

It was the second consecutive weekend where the neighborhood was subjected to overcrowded conditions. Many longtime residents who enjoy the normally bustling district had voiced their concerns about the issue as it was no longer possible to keep the safe physical distance of 1.5 meters recommended by Dutch health authorities.

The city sent out messages on social media Saturday around 11 p.m. in both English and Dutch telling people not to come to the area. Earlier in the day, popular shopping street Kalverstraat had also been converted to one-way foot traffic.

The Amsterdam-Amstelland public safety office said earlier in the week that when areas become too crowded they would likely forbid more people from entering that space. However, residents of restricted areas may enter and leave as they please.

Tourism to the city has grown significantly in recent weeks after government easing of coronavirus measures also included the possibility that more people could cross the border into the Netherlands.

The influx of crowds in the city center also prompted Amsterdam Mayor Femke Halsema to disallow street artists from performing in the meantime, AT5 reported over the weekend. The mayor was concerned that social-distancing would be impossible in areas like Dam Square, where street artists, living statues, and buskers can draw large groups of people.

Halsema's directive will remain in effect until October 31. According to the mayor, although the significance of the street artists is recognized, public health and safety is always paramount. In pre-coronavirus times, people would usually crowd around near the artists and stay for some time, particularly for those performers who have an organized routine.

Don't come to the red light district. It is too busy. Several streets are temporarily closed. ⛔#staysafe #keepdistance pic.twitter.com/qfqQreDDMB