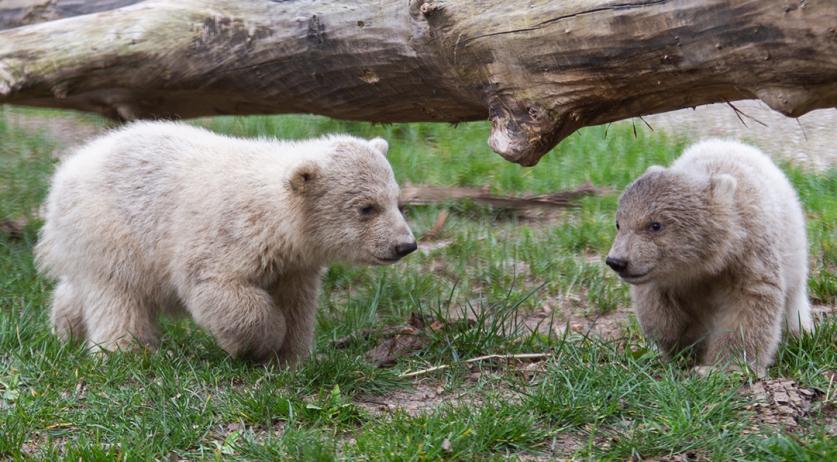 The death of a seven-month old polar bear at the Ouwehands Zoo in Rhenen was likely caused by rough play with her older, larger sister, the zoo said on Wednesday. The conclusion was made based on autopsy results, which also showed that the young male cub had a respiratory infection.

Yura's twin brother, Yuka, was not harmed. While Yura weighed roughly 65 kilograms, his five-year-old sister weighs in at around 300 kilograms. "Sura and the boy played together regularly, always under the watchful eye of their mother and grandmother," the zoo said. Adult bears and younger siblings normally play rough, and fatal injuries are uncommon.

The bears' mother, Freedom, had been protected her young more intensively than expected. "However, the moment Sura started her heavy-handed game with the much smaller Yura ... mother Freedom remained aloof," the zoo said, adding they did not think it was a meant to be an attack. The cause of death came from injuries sustained as a result of playing with his older sister.

The zoo thinks freedom did not defend Sura because she could sense her young cub's respiratory issue, even though the zoo was not previously aware of it and it had not yet bothered the cub. "It is well known that mothers sometimes fail to nurse their newborn offspring if they may have something wrong," the zoo said.

"In this case, Freedom has let 'nature' take its course."