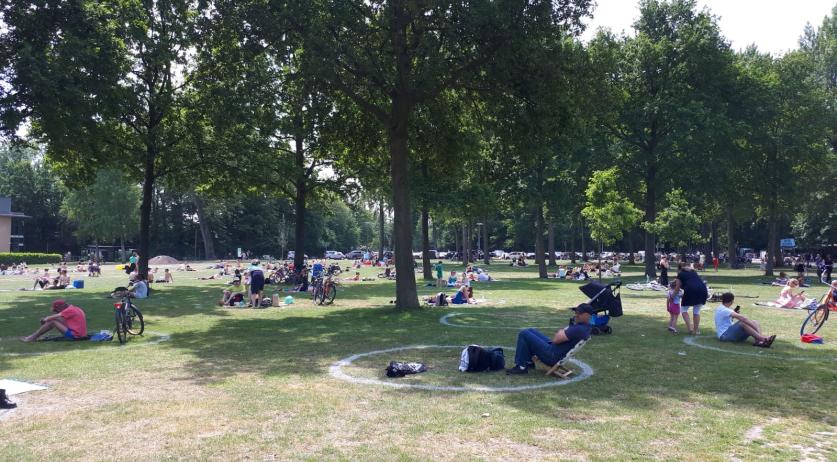 Most of the industries allowed more space to operate by the relaxation of coronavirus rules announced by Prime Minister Mark Rutte on Wednesday, are pleased with this development. Though there are still some who are worried about the future of their existence.

The national association for fairground operators BOVAK is "euphorically" happy that holding fairs will be possible again from July 1, chairman Atze Lubach-Koers said to NOS. Though he expects that the first fairs will only be held in early August. This has to do with permit applications and the inspection of attractions that were halted for over three months. Many insurance policies also lapsed. Still, Lubach-Koers is pleased. He hopes that between 600 and 1,400 carnivals and fairs will happen this year. "We are talking about the period from mid-July to end of September, when there are sometimes 70 fairs every weekend."

The events industry and theaters are happy, but still worried about the financial consequences of social distancing. The fact that there will be no limit on the maximum number of visitors "offers perspective", but does still events "are by no means" profitable, EventPlatform Nederland said to NOS. The association of theaters and concert building directories VSCD also still has concerns. According to the dome, social distancing means that four out of five theater seats must remain unused. The various trade associations in the culture sector called for extra money in the Municipal Fund, which has supported cultural institutions in paying their housing costs since March.

Football matches can be played with an audience again from September, as long as spectators maintain social distancing. Chanting and singing are banned in the stadiums due to the risk of spreading the coronavirus. "If that does happen, it will close again," Rutte said on Wednesday. "Bring a horn or whisper 'hooray', that's it." Football association KNVB plans to start the eredivisie on September 12. Before that Oranje will play two matches in the Nations League, against Poland on September 4 and Italy on September 7.

Catering and hospitality association KHN is happy that the rules are being relaxed further, but was hoping for more, Dirk Beljaarts said to NOS. Scrapping the maximum limit on guests is an improvement for large hotels, restaurants and conference centers, but offers little relief for small businesses, according to the KHN. Because guests still have to stay 1.5 meters apart, smaller businesses can only accommodate a handful of people at a time. "We had hoped for something better," Beljaarts said. Many businesses are currently running at a loss and he fears this will not change in the near future, he said.

The association for the elderly ANBO is happy that nursing homes can receive more visitors again, instead of the current strict rule of only visits by appointment and not in large groups. From July 1 "a whole family can visit their father or mother and take a walk outside together,"ANBO said. Though there are still restrictions on hugging and kissing, and social distancing must be maintained. The ANBO called on visitors to adhere to the rules to avoid the risk of new infections.

Public transit companies are happy that the bus, train, tram, and subway will no longer be just for essential trips from July 1. "But I do stress right away: let's make a success of this relaxation together," Pedro Peters of the association for public transit companies OV-NL said to NOS. "You are welcome but avoid rush hour and crowds as much as possible. Spreading the number of travelers over the day gives a lot of space. So an urgent call: travel sensibly and keep as much distance as possible."

According to Peters, the public transit sector has been working with other sectors, like education, on a model to spread out travelers over the past weeks. For example, lesson times will be adjusted in tertiary education, so that students travel more spread out over the  day. "Students are important travelers to us, and thanks to the unique collaboration with education, they will soon be able to receive much more eduction on location without putting too much strain on the morning and evening rush hour," Peters said.

NS is happy that more people can take the train again, a spokesperson said to NOS. "We have recently seen that travelers adhere well to the corona measures and there have been no significant incidents. Safe and responsible travel remains paramount. For this, it is essential that travelers travel throughout the day and avoid the crowds."