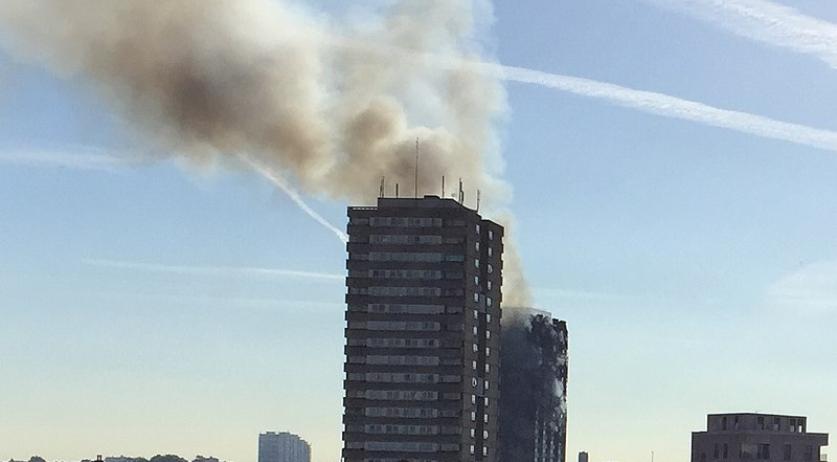 Half of Dutch cities still have not researched flammable building facades: Report

Three years after a devastating fire in the Grenfell Tower in London and 18 months after the Home Affairs Minister instructed them to do so, only about half of Dutch municipalities have made an inventory of what buildings in their areas have flammable facades, the Volkskrant reports based on ts own research.

At least 80 people were killed when a massive fire raged in the Grenfell Tower in 2017. Experts quickly warned that flammable siding used on that tower is also widely used in the Netherlands. At the end of November 2018, almost a year and a half after the fire in London, Minister Kasja Ollongren of Home Affairs sent a letter to all municipalities asking them to make an inventory of all high-rise buildings with potentially flammable facade siding. The results of that inventory were supposed to be submitted by January 1 this year.

But according to the Volkskrant's research, many municipalities are still far from being done. The newspaper surveyed the 50 largest Dutch municipalities about it, 48 responded. 28 said that they have completed their inventory. 18 said they are still working on it. Alkmaar and Lelystad said they haven't even started yet. So far 114 hazardous properties were identified.

Disappointing, according to Wico Ankersmit, director of Construction and Housing Supervision Netherlands - the industry association for supervisors in residential construction. The association tried to encourage municipalities to make work of this, he said. "We organized an information day for municipalities last year. The topic is at the top of the agenda at all our meetings. I had the idea that municipalities were serious about it. I think this is a pity."

This is indicative of how attention for the subject has evaporated, SP parliamentarian Sandra Beckerman said to the newspaper. She has been trying to get high-risers and their fire safety on the political agenda for years, but without much success. According to her, everyone is hiding behind someone else - the Minister shifted the problem to the municipalities, and they are waiting for each other to act. "Because no one wants to be the first of course," she said. A list of fire hazardous buildings is bad for city marketing, she said.

According to Beckerman, it is high time to set stricter standards for the fire safety of buildings. "But we can only start with that once we have a complete picture of all the risks. That is now being delayed by the municipalities that are waiting."