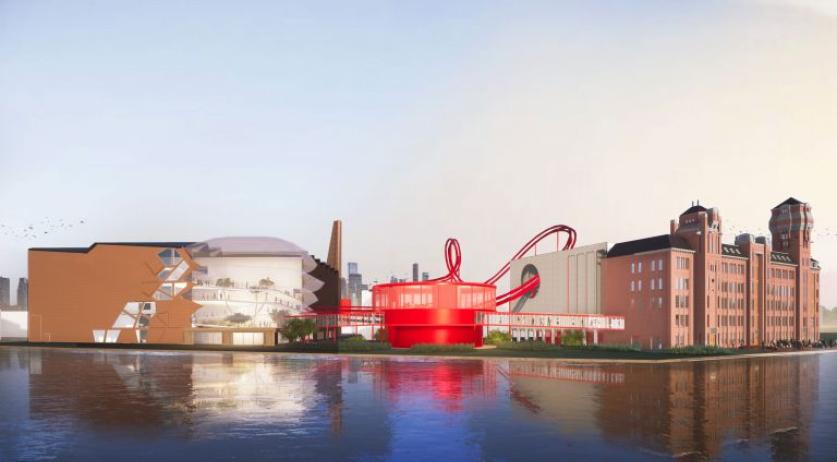 With reporting by Janene Pieters and Jamie de Geir.

Tony’s Chocolonely has pushed the pause button on the company's plan to build a Willy Wonka-like chocolate factory in Zaandam. The economic and health crisis caused by the Covid-19 pandemic made it difficult to get everything arranged at the original site in Zaandam, director Henk Jan Beltman told NL Times by email.

The factory theme park, Tony's Chocolonely Chocolate Circus, was designed to be complete with a rollercoaster and visitor center in the historic Pakhuis de Vrede. Beltman said the last deal necessary to get the project off the ground was not finalized in time.

For now, that means the project is on hold. while Tony's continues to focus on its mission of making chocolate produced without slavery or exploited workers more widely available and accepted. "We have no visibility as to when we can start again, but we hope to start within a year," Beltman said. Once the rollercoaster project is back on the rails, it could land in Zaandam, but it might not.

"We have an investor in sight, and the talks have been going very well; We are also looking at other locations. Our team is in Amsterdam and it would be great if we could come to an area in Amsterdam. We are not bound to Zaandam," he said. If all goes well, the Chocolate Circus could open in 2023 or 2024, he said.

However, he told the Parool, it would be critical for the economic situation in the country to show more certainty. For now, he said,h his team is focusing on other international projects.