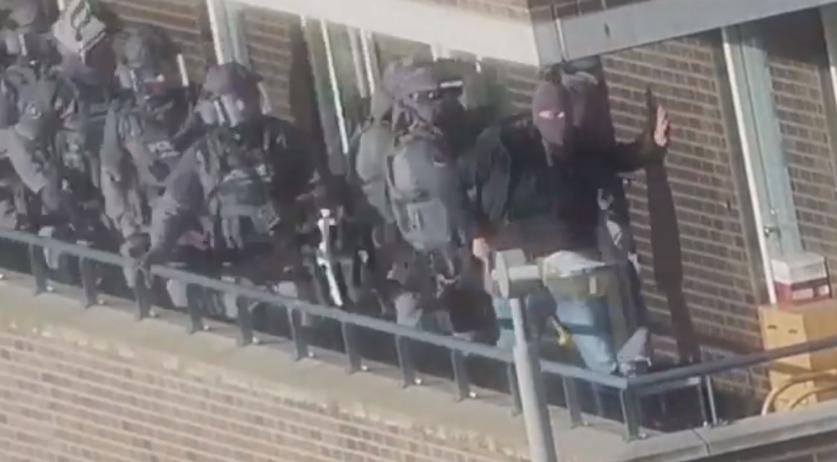 The trial against six Arnhem men suspected of planning a major terrorist attack in the Netherlands started on Wednesday. The first hearing lasted less than 20 minutes before it was postponed. Lawyer Serge Weening surprised the prosecutor and court with a 54 page long document which he says proves that the police used entrapment against his client, according to Omroep Gelderland's live blog.

According to the lawyer, the document contains emails that show that the police lured his client into committing a crime. He had held back knowledge of these emails for the trial to start. The hearing was suspended while the judge considered what to do. An hour later, the case was postponed to Friday.

The suspects in this case were arrested during major police raids in Arnhem, Huissen, Weert and Rotterdam in September 2018. They've become known as the 27 September cell. The police infiltrated the group, posing as weapons suppliers, and sold them disabled weapons. Police officers also went to a holiday home in Weert, where they demonstrated how to use the weapons. The police installed recording equipment in the home before hand.

According to the Public Prosecutor, a major terrorist attack was prevented in the Netherlands with the arrests of these six men. The Prosecutor believes they planned to set off major explosions at a large event in the Netherlands, and were able to produce 0.5 kilos of explosives.

The prime suspect in this case is 36-year-old Hardi N. He is seen as the leader of the 27 September cell. The authorities believe that he recruited the other five men - Wail el A. (22), Nabil B. (23), Morat M. (23), Shevan A. (31), and Nadeem S. (27) - to commit this attack. Wail el A. and Nadeem S. were previously arrested in Turkey in September 2015, presumably trying to go to Syria to join a terrorist organization there. They served 2 and 3 years in prison for this, according to the broadcaster.