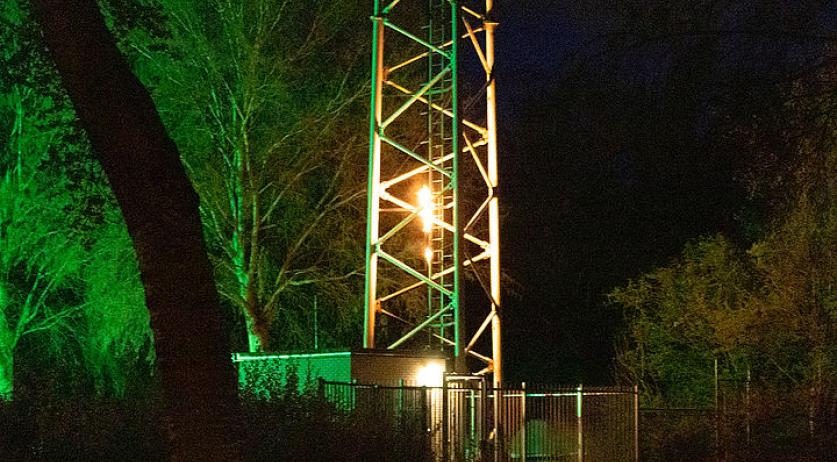 Radio mast companies and telecom providers in the Netherlands are hiring extra security to guard against arsonists targeting their transmission masts. After two cell towers in Roermond and Roosendaal were set alight this week, the total number of transmission mast arson incidents in the country stands at 29. So far only three suspects have been arrested for two of the fires.

Earlier this week, Minister Ferdinand Grapperhaus of Justice and Security said that all C2000 masts, the masts used by the emergency services to communicate, will get extra security in the coming period, AD reports.

The government, telecom companies, and mast operators are discussing what else can be done. "You can think of extra locks and better hinges and locks, but arson is difficult to prevent," Ed Boerema of Cellnex, which owns a proportion of the masts in the Netherlands, said to the newspaper. "We experimented with cameras in the past, but that was not a success. They were vandalized and there were many false reports."

There are tens of thousands of antennas in the Netherlands, not only on masts, but also on the roofs of parking garages and other buildings.

The authorities believe the arson incidents are connected to conspiracy theories about the 5G network. A popular conspiracy theory online suggests that 5G weakens people's immune systems and leave them vulnerable to diseases and viruses, like the current coronavirus pandemic. There is no scientific evidence for this claim.