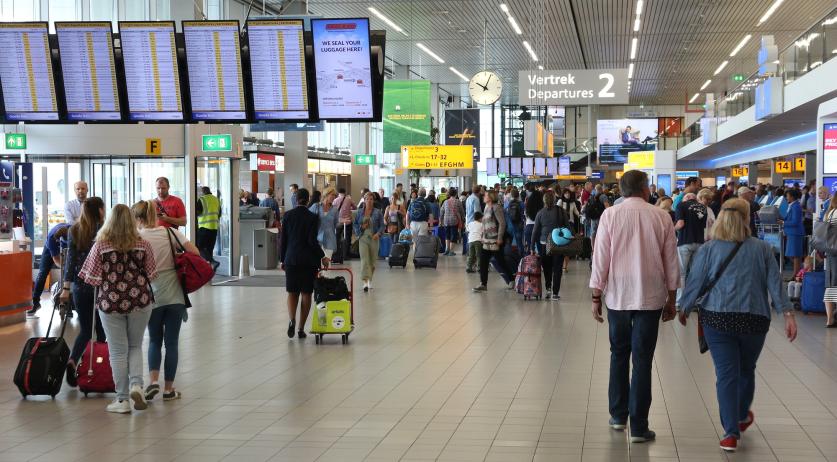 Dutch aviation pushed to net zero emissions by 2070; Schiphol will not expand into North Sea

An ambitious goal of zero greenhouse gas emissions by 2070 was set for the Dutch aviation industry in a draft memorandum by Minister of Infrastructure and Water Management Cora van Nieuwenhuizen submitted on Friday. In addition, by 2050, carbon dioxide emissions will be required to be halved from the level set in 2005.

She said her plan is to give more voice to local residents, while striking a balance with the needs of airline passengers and the airline and airport industry. However, Schiphol Airport will not be expanding into the North Sea, a plan that many residents near the airport had favored

The government's plan also included a broader effort to make the Netherlands more interconnected and less reliant on Schiphol Airport. According to the draft memorandum, Lelystad Airport will be given increasingly greater importance as an arrival destination for international tourists, with the intention on taking some of the strain off of Schiphol.

Additionally, along with relevant stakeholders, the government is seeking to improve international connections by rail and road in order to encourage more people travel by train or bus for shorter distances.

"Until a few months ago, we were in a completely different situation with aviation in the Netherlands," she said in the memo. "Now we are doing everything we can to help the sector and the many people who make their living in the Netherlands by a very difficult period. Past crises have taught us that aviation has resilience and we will probably be happy to catch the plane again for work, family visit or vacation in some time."

Because of that, she said now is the best time for the Dutch government begins to shift its infrastructural focus from promoting growth to ensuring quality of life and meeting sustainability goals in the aviation industry. Efforts to this end include a proposed shift from kerosene to more sustainable fuels for use in Dutch aircrafts, as well as implementing guidelines which give priority to quieter and cleaner aircraft models at airports.

Aircraft volume at Schiphol Airport will run into tighter regulations in the coming years, Van Nieuwenhuizen indicated. Formerly, the Amsterdam airport's flight movements were capped at half a million per year, which was set to expand to 540,000 annually in 2021.

Further growth in capacity will likely be put on hold for the time being, while the government investigates how to accomplish this in a way that wins support from the airport's stakeholders, and also the surrounding community.