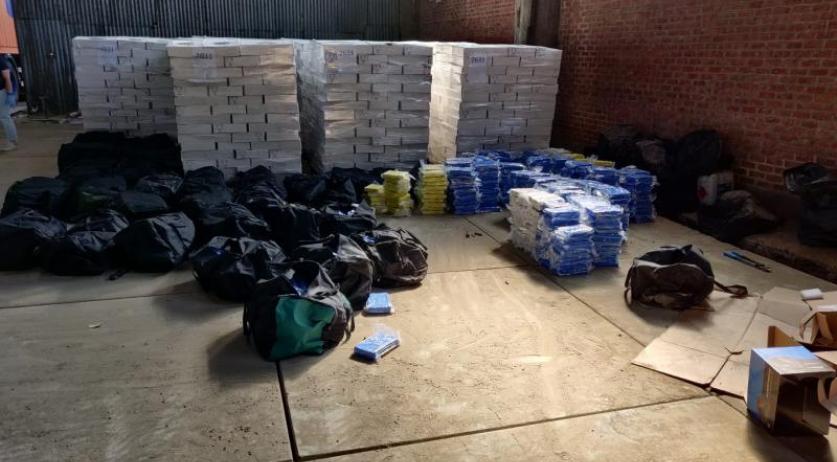 With reporting by Jamie de Geir and Janene Pieters.

A shipment of squid was what reportedly led Belgian authorities to a major discovery of 4,100 kilograms of cocaine in a bust at the port of Antwerp that led in the arrest of 14 Dutch citizens last week. Eleven of the suspects were remanded into custody, the Belgian Public Prosecution Service confirmed in a statement. The arraignment hearings for the other three suspects was expected to take place on Monday.

The drugs, with a street value of 205 million euros, were shipped from South America to Antwerp in a container filled with squid. According to Belgian news service HLN, the suspects tried to evade the authorities by "cloning" the blue refrigerated container. When the container was flagged to go through a customs check, the truck driver drove it to a warehouse on Haifastraat in Antwerp instead, the prosecutor confirmed in a separate statement. Once there, ten of the suspects hurriedly transferred the squid into another, identical container, which was taken to be scanned by customs.

The operation was so meticulous, that the suspects involved reportedly made the weight of the cloned container identical to the one with the cocaine in it by adding extra packages of squid. Authorities were already keeping a close eye on the container and the group involved, with advanced knowledge of the cocaine smuggling. They ccontinued to follow the blue container once it was flagged for inspection.

The prosecutor would not confirm the bait-and-switch method allegedly used in the case, but when asked about the crime a spokesperson for the prosecution told NL Times, "Criminals have always been finding creative ways to bypass laws, and this is no different."

When the police raided the warehouse, they found 4,100 kilograms of cocaine, bundled in one-kilogram packages. During the raid at the warehouse and searches of several homes, the authorities also found three AK47 automatic firearms, four hand guns, and multiple ultra-secure mobile phones using the "pretty good privacy" protocol.

"During the raid, nine men, all of Dutch nationality and between 20 and 39 years old, were arrested. Later that day, five more men were taken into custody. It also concerns Dutch people between the ages of 18 and 39," the prosecution said.