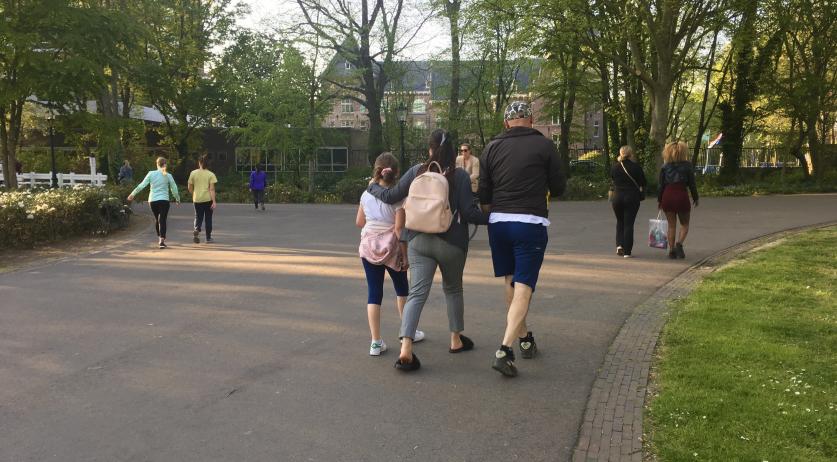 Rutte: "Shopping is not an outing," Closures to remain through May 20

During a week in which long lines formed outside Ikea shops after it voluntarily closed due to social distancing measures, Prime Minister Mark Rutte reminded the public that people should not be going out and treating the country's pandemic response like a vacation. At a brief press conference where he was joined by Health Minister Hugo de Jonge, Rutte said he was concerned that life on the street is getting busier, and that there is no clear indication it is possible to relax the pandemic response measures before May 20.

"Stay at home as much as possible. Work at home as much as possible. In case of health complaints, the whole family will stay at home. Shopping is not an outing," he said, without directly mentioning crowds which formed at Ikea on Tuesday or the reopening of department store De Bijenkorf on Wednesday. "Public transport is for people who have to go to work, not for pleasure trips," Rutte said during the press conference. "If the figures become less positive because people take to the streets too much, it will be very difficult to relax [social distancing rules]."

So #IKEA has reopened in #Amsterdam. Is a Billy bookcase really worth the risk? Also standing in the rain in a massive queue for over an hour?! You know they invented online shopping a while back, right? 🙄 #blijftthuis #COVID19 https://t.co/a0ncLhzO2i

Objectionable use of hotel restaurants

Rutte also complained about people choosing to dine out in hotel restaurants without spending the night at the location. Calling it a loophole in the social distancing rules, Rutte was disappointed that members of the public were exploiting it instead of being more socially responsible.

"The hotels are intended for when people really have to spend the night there and thus are unable to cook at home. Then the hotel guests can eat there," he said.

Fletcher hotels and restaurants, began to reopen for business on Wednesday after more than five weeks of closure following the outbreak of coronavirus. While restaurants and bars in the country have been required to shut under current Covid-19 restrictions, hotels, on the other hand, were allowed to remain open. Fletcher closed all 80 of their locations anyway about six weeks ago, and reopened 11 of them in a test last weekend.

"We would rather have a half full than a full hotel, especially to see how the 1.5 meter works in the restaurant and kitchen," said Rob Hermans, CEO of Fletcher Hotel Exploitaties explained to the Telegraaf earlier in the day. "And we are very satisfied with that."

As the daily number of patient deaths, new hospitalizations, and new admissions into intensive care continues to fall, Rutte said it was not a time to dismiss the social distancing measures and ignore the highly contagious coronavirus. "On King's Day you could see the unreal picture of a largely empty street scene, ut you also see it getting busier on the street. More people are coming out, even if it is not really necessary. That is not without risk."

Unlikely business closures will be relaxed before May 20

He also cautioned that there are still many people being treated during the early stages of respiratory illness Covid-19, cases which could intensify in the coming days and weeks.

Should the situation continue to improve, it will be possible at some point for close-contact professions which are not medical in nature to restart. However it is unlikely this will happen before the social distancing rules related to business closures are set to expire.

"If there is room to relax before May 20 then we will do it, but there is no indication of that at the moment," Rutte said. At this point, reopening all close-contact professions beyond dentists, dental hygienists, and physiotherapists would put a strain on the country's supply of personal protective equipment, De Jonge said.

The health minister said that while dental hygienists have their own protocol for working safely, those professionals will not affect the demand on medical masks and respirators. "But if we would allow other contact professions, such as hairdressers, that would still cause a problem for the amount of medical masks available," De Jonge said.

Rutte empathized with the affected professionals, saying, "I understand the frustration."

Department store De Bijenkorf reopened their doors to customers on Wednesday. However, visitors will be expected to adhere to a number of security measures when entering the stores. "We have not been idle during the closure," De Bijenkorf announced on Twitter on Tuesday. "We have worked hard to implement measures to reopen safely for employees and customers this week."

These measures will require visitors to maintain a 1.5 meter distance between one another, catering and cosmetics services to remain closed, and the number of entrants to the stores to be restricted.