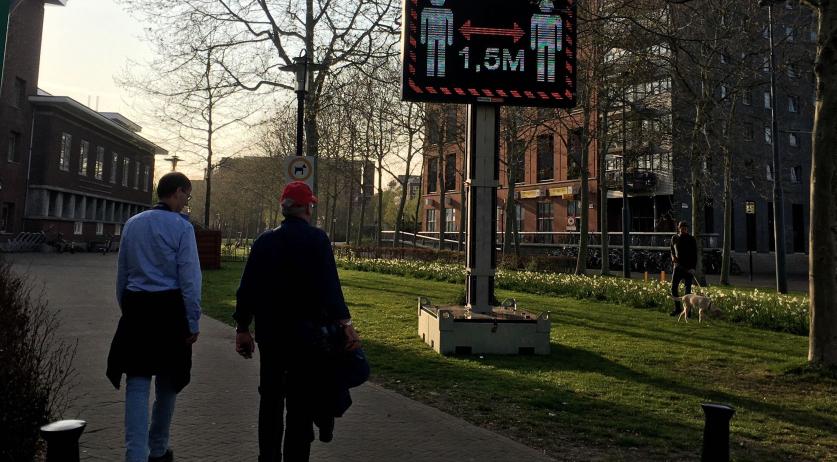 This week the Dutch government's Outbreak Management Team (OMT) is examining possible "exit strategies" for how the Netherlands will get out of the coronavirus crisis and start relaxing measures. Experts think there are two options. One is to first relax measures in the northern provinces, where Covid-19 hasn't spread much and hospitals have the capacity to treat new cases. The other is releasing hard-hit Noord-Brabant first, because the province is closest to herd immunity with so many residents who have already been infected.

Friesland, Groningen and Drenthe together count about a thousand coronavirus patients, compared to over 6 thousand in Noord-Brabant, and some 27 thousand in the Netherlands as a whole.

The idea behind relaxing measures in the northern provinces first is that the low number of infections means hospitals in the region have capacity to treat new cases. Sake de Vlas, professor of infectious disease modeling at Erasmus University Rotterdam, called it a "very logical option" to first look at the northern provinces, speaking to Dagblad van het Noorden. "You want to keep the infection levels as low as possible with testing and tracing while carefully scaling down the lockdown," he said. "Then it certainly seems useful to me to start in the areas where the virus is at a relatively low level."

His colleague Luc Coffeng explained the idea behind relaxing measures in Noord-Brabant first to Brabants Dagblad. Without measures, someone with Covid-19 infects an average of 2.5 other people. Government measures resulted in this decreasing to 0.8 other people. "That number seems to be falling further. But if you cancel the measures, that number rises above one again and the virus spreads again."

"Someone who has had the virus is immune: that person cannot be reinfected. At least, that's what we assume in our calculations," Coffeng explained. "When 60 percent of the population is immune, someone with the virus infects less than one other person on average. If more people are immune, a person infects even less than one other person. So the number of people who can still get the virus gets smaller." In the long run, the chance of contamination becomes so small that the elderly and other vulnerable people can mix with society again.

Coffeng and De Vlas previously presented a possible exit strategy in which the Netherlands is divided into 10 regions with the same number of inhabitants, and measures are relaxed and the coronavirus allowed to spread in one region at a time. According to the two scientists, in this scenario all measures in the Netherlands will be lifted after two years. That could be sooner if a working vaccine is developed.

The OMT, RIVM-affiliated professors and experts are exploring the various options to gradually release measures and return to a more normal society. The plan is that concrete measures will be discussed this week, according to Dagblad van het Noorden. In addition to regional measures, they're also looking at measures aimed at specific branches or age groups.