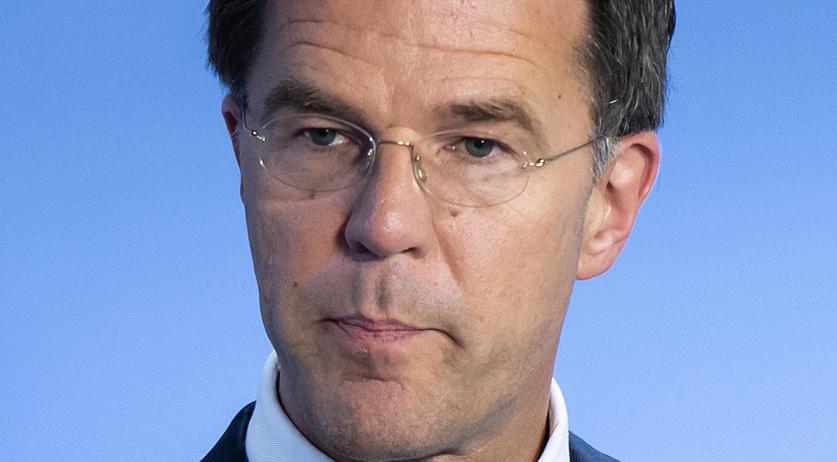 Coronavirus: Schools, all shut businesses to remain closed through April 28

With reporting by Byron Mühlberg and Janene Pieters.

The measures in place to curb the spread of coronavirus Covid-19 will be extended until at least April 28, Prime Minister Mark Rutte announced in a press conference on Tuesday evening, after meeting with experts, advisers and the Ministerial Crisis Management Team. During this time schools, daycare facilities, restaurants, museums, and other contact-heavy businesses will remain closed.

Rutte and the Cabinet extended the end date into the middle of the May vacation period, in the hope that students could return to school on May 3. "A week before April 28 we will make a new decision about the follow-up after April 28," he said.

"After April 28, we will really not be returning to normal life," he said, acknowledging the prolonged fight that will be needed to combat the pandemic. "We are past the starting point, but we are not yet at the end of the beginning." Decisions related to the length of time restrictions are in place will be examined every three to four weeks, and a total lockdown could still be an option if the situation takes a turn for the worse, Rutte said.

"Applauding for healthcare is good, but the very best thing you can do for those [intensive care] doctors and IC nurses is to stick to the arrangement: stay at home and stay 1.5 meters away."

He acknowledged the difficulty of staying home, and asked that people continue to be patient and compassionate towards each other, especially their friends in the neighborhood. "This will not be over tomorrow," he said, so check on neighbors and give a wave through their windows.

​Along with the physical distance measure, people were again told to work in their homes and remain there as much as possible. Many of these measures, including the shutdown of schools and restaurants, were first implemented nationally in mid-March and were intended to stay in place until April 6.

No change was announced regarding the bans on gathering in groups of three or more people, and on all events that require a permit, which will remain until June 1. Likewise, professional football in the Netherlands will be suspended at least until that date, as it is a licensed event.

Much more testing for coronavirus planned

Ultimately, the Cabinet wants to test 29 thousand people per day for coronavirus, a massive increase over the current situation. In the meantime, the Netherlands is looking into testing as much as four times as many people as health officials currently conduct, said Health Minister Hugo de Jonge.

This week, he said the Netherlands is testing four thousand people per day, with more testing of people outside of the health care industry beginning on Monday. The number of people tested daily will rise to between nine and twenty thousand in the short term, he stated.

Just last Thursday, the Netherlands has only been able to test about a thousand people per day, the RIVM told NL Times. On Friday, De Jonge told Parliament in a letter that the country was testing two thousand daily. No clarification to this was given to NL Times despite repeated calls to the RIVM for clarification.

De Jonge also said the healthcare system was on its way to having 2,400 beds set up in intensive care units by Sunday. As late as last week, the Netherlands had 1,150 beds in ICUs, which rose to 1,600 at the start of this week. As of 8 p.m. on Tuesday, 1,079 patients who were positively diagnosed with the Covid-19 respiratory illness were being treated in ICU, as well as another 60 suspected cases.

On Sunday, Jaco Wallinga of the RIVM told NOS that the measures against the spread of the coronavirus were effective, but less so than the health institute had hoped. "In the most likely scenario, there will be 2,500 patients in intensive care in mid-April. That is quite a shift from last week," Wallinga said to the broadcaster. Previously, the intensive care association NVIC expected the peak to be 2,200 coronavirus patients in ICU in May.

Campsites and holiday parks will not be ordered to close by the government. However their shared toilet and shower facilities will be shut down. The government received advice earlier in the day to clamp down on domestic tourism as a way of also preventing the spread of the disease. Instead, the government will continue to rely on people's judgement and the judgement of local municipalities and regional emergency services offices.

After asking tourists to stay far away from their province, Zeeland decided to close its bed and breakfasts, campsites, hotels, marinas, and recreation parks. It also banned people who live in other provinces and countries from spending the night in Zeeland. Similar restrictions were put in place on the Zuid-Holland islands just north of Zeeland.

Just because the new deadline leads up to the popular vacation period does not mean that people should make holiday plans, Rutte said. "Stay at home as much as possible," he said. "We are not there yet. We need to get this virus under control, so keep it up and stick to the rules.

Indeed, not everyone is obeying the rules. From Thursday through Sunday, police said they issued 250 fines across the Netherlands for violating the ban on groups and the order to maintain 1.5 meters distance from people. A hotel in Rotterdam was also shutdown because of a party held in a room there, which the hotel said was without their knowledge.