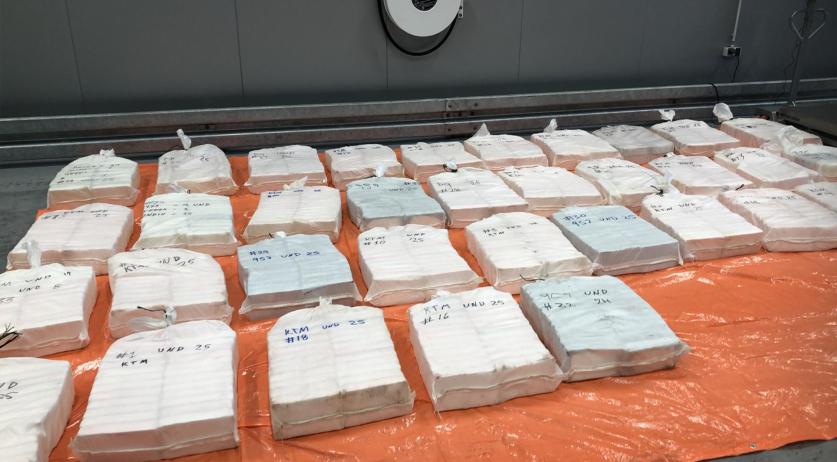 Over 2,000 kilos of cocaine found at Rotterdam Port since Friday

Customs authorities intercepted over 2 thousand kilograms of cocaine at the port of Rotterdam in multiple discoveries on Friday and Monday, the Public Prosecutor announced. The drugs were found hidden in shipments of fruit or fruit products from Brazil and Costa Rica.

On Friday, 1,170 kilograms of cocaine were found hidden in a container loaded with mangoes from Brazil. The shipment was destined for a company in Zwaag.

Later on Friday, another two bathes of cocaine were found, one of 20 kilos and one of 14 kilos, hidden in containers of lime juice from Brazil. These two containers were destined for a company in Rotterdam.

On Monday, customs officers found 865 kilos of cocaine in  container loaded with pineapples from Costa Rica. The container was destined for a company in Antwerp.

The drugs were all confiscated and destroyed. According to the Public Prosecutor, the companies who were set to receive the containers were likely not involved in the drug trafficking.

The HARC team, a partnership of Customs, FIOD, Seaport Police, and Public Prosecution Service in Rotterdam, is investigating the matter further.