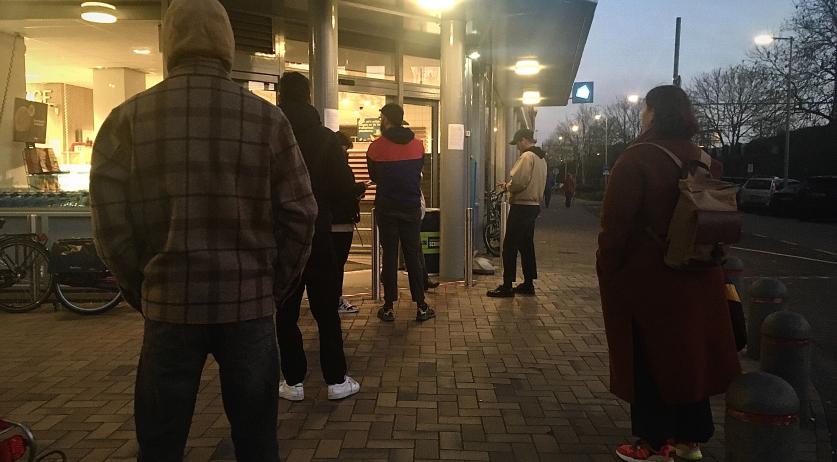 The public attention given to the number of deaths and infections at the hands of Covid-19 has led to speculation about the impact of the disease on the Netherlands in comparison to in other affected countries. However, experts warn, the tendency to draw conclusions from numbers alone can be misleading.

At first glance, for example, the number of cases and deaths relating to Covid-19 appear to indicate that the Netherlands is embarked on a strikingly similar trajectory to that of Italy. On February 29, for example, the number of infected patients and the number of deaths in Italy stood at 1,128 and 29 respectively. On March 16, the same figures in the Netherlands were 1,413 and 24 respectively. These statistics held relatively consistent between the two countries over the course of following days, prompting many to believe that the Netherlands was two weeks behind Italy in terms of the severity of the outbreak.

While memes have gone viral showing similar country statistics compared on line graphs, according to Marcel van Assen, professor of mathematical sociology at Tilburg University, there is very little that can be derived from such face value comparisons. “The important explanation is the number of people that are tested,” he explains to NL Times. “In Germany, every person with light symptoms is tested. But in Italy, only people showing heavy symptoms are tested—resulting in more deaths being recorded.”

“We don’t have enough data to be making strong recommendations,” he adds.

This is similarly the case with respect to mortality rates. According to figures released on Wednesday, the number of cases of Covid-19 that result in death currently stands at 5.55 percent. At first glance, the situation appears to be far graver than in Germany, where the current mortality rate comes in at a mere 0.42 percent.

Even here with such a seemingly shocking disparity, there is no meaningful comparison that can be drawn, according to UMC Utrecht microbiologist Marc Bonten. He explains that in the Netherlands, even more than in other countries, “quality of life” is considered when making decisions about “starting a potential life-saving therapy that may also have severe adverse effects.”

“For that reason,” he continues, “elderly and physicians in the Netherlands frequently decide together, and I think more frequently than in most other countries, to not transfer patients to ICU and provide palliative care in a regular ward or at home,” resulting in “earlier deaths compared to other countries.”

“It is impossible to understand what you see without using mathematical models,” Hans Heesterbeek, professor of theoretical epidemiology at Utrecht University, explains further in an interview with NRC. He points out that, using models, scientific conclusions are often counterintuitive in nature. He uses the example of how receiving a “suboptimal” vaccination against rubella is, in fact, worse than receiving no vaccination at all for the disease.

“These are observations that you cannot understand without models,” he adds.