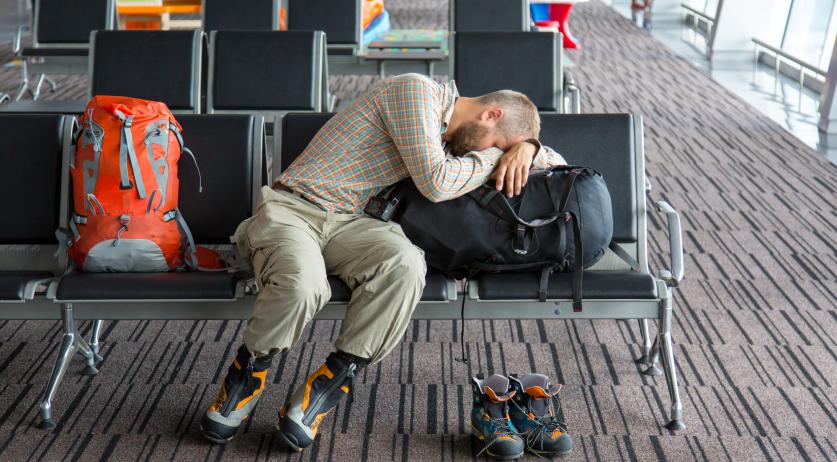 The some 200 thousand Dutch tourists stuck abroad are running out of time and possibilities to get home as more and more countries close their borders and global air traffic gets closer to being shut down. Some 150 thousand people are at risk of getting stranded for a long time, the Telegraaf reports after speaking to travel agencies and airlines.

The Ministry of Foreign Affairs wants to bring as many stranded tourists home as possible, Minister Stef Blok of Foreign Affairs said to RTL Nieuws. "But it involves hundreds of thousands of people, and that takes time," he said. "One of the very concrete things we do is ask for extra landing possibilities, so that as many as possible planes with Dutch can fly back and forth."

Many countries are keeping their airspace closed, meaning that repatriation flights need to require special permission from the authorities.

The Ministry is currently trying to keep the airspace at the borders of South European and North African countries open, according to the Telegraaf. Around 30 thousand Dutch people were stuck there, half of whom were brought home during the week, the association of travel agencies ANVR said to the newspaper.

Airlines are flying extra flights to bring tourists back. This is the only type of flight Transavia is currently still performing. The airline performed 36 such flights over the past days. TUI and Corendon are also deploying additional planes. KLM is focused on popular holiday destinations, according to the newspaper.

One such KLM flight was prevented from landing in Ecuador on Wednesday evening, according to the newspaper. The plane had picked up 185 travelers in Quito, and was scheduled to pick up another 164 in Guayaquil, Ecuador's largest city. But when the plane approached, it was told it could not land. The runway was occupied by a worried mayor and a group of people, sources told the Telegraaf.

The mayor thought the plane was brining tourists from Europe who may be infected with the coronavirus, a KLM spokesperson confirmed to the newspaper. "This while we only had travelers on board who had to go to Europe. We were therefore unable to pick up the 164 travelers in Guayaquil." The plane flew directly to Amsterdam. According to the Telegraaf's sources, KLM will again try to pick up travelers in Ecuador on Friday.

An estimated 100 thousand Dutch people are in distant locations around the world, according to the newspaper. Travelers in Asia, Australia and Africa can still try to fly home through the Gulf States, where air traffic has not been completely halted yet. KLM is also planning repatriation flights to Peru, India, Colombia, Costa Rica and the Philippines in the coming days, the newspaper wrote.