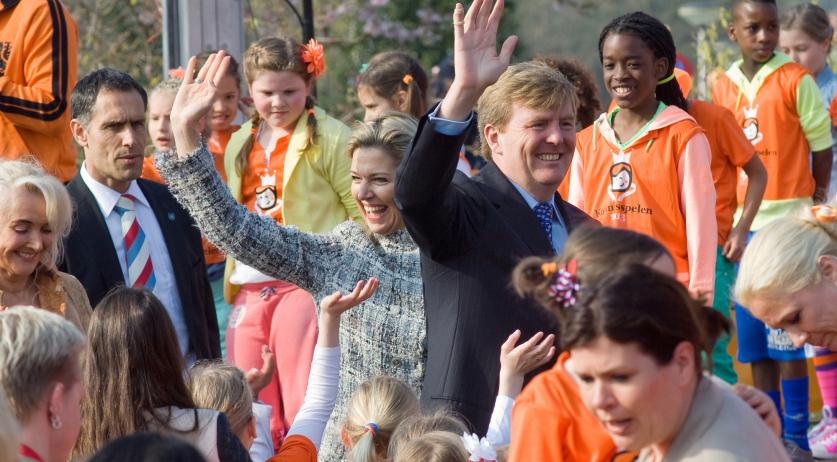 The city of Maastricht has announced that the annual King’s Day celebration will not be held this year due to measures needed to “combat the coronavirus.” The city was set to host the Dutch royal family on the April 27 holiday, the birthday of King Willem-Alexander.

The event cancellation is perhaps the most prominent to date. The royal family’s visit to a different municipality every year draws crowds of thousands, with thousands more watching on television. Just three weeks ago, Maastricht was jubilantly teasing out details about what the public could expect to see that day.

That was nine days before the country's first positive case of coronavirus was made known. Since then the number has risen to 1,413 people having tested positive, of which 24 people later died.

Along with the province of Limburg, the city said it was “the most sensible decision in the light of developments.” An invitation will be extended to the king and his family to celebrate King’s Day in the future.

“Although King's Day would only take place on April 27, and the [government’s new] measures will continue until April 6, the consequences have such a large impact on the preparations that the program cannot be realized as intended,” the municipality said in a statement.

Among the measures are a ban on all gatherings of 100 people or more, and an order to close all food and beverage establishments through April 6. The stricter rules cover the entire Netherlands.

"The city has everything to offer the Royal family a great day. Together with all people from Maastricht, we will create a festive Kings Day", Mayor Annemarie Penn-te Strake told AD when Maastricht was announced as the festival location. "It will of course be a party for the King, but also for the city," she said. "We are one of the oldest cities in the Netherlands, but also with one of the youngest and most international populations. Everyone knows the beautiful historic city center, but on the outskirts developed a rugged area full of industrial monuments, sanctuaries, and meaningful creativity that gives this city a new identity."

Maastricht had promised a "surprising and versatile" program showing off the "colorful region and culture." The day was to start with the Royals touring the city center from 11 a.m., starting at Sint Servaasbrug. It was then to continue through Vissersmaas, Het Bat, Graanmarkt, Onze Lieve Vrouweplein and Bredestraat before ending on Vrijthof.

The popular Kingsworld festival in Den Haag announced it was not moving forward with its party, which was set to occupy much of the grounds outside the Cars Jeans Stadium. That event attracted thousands of patrons in 2019.