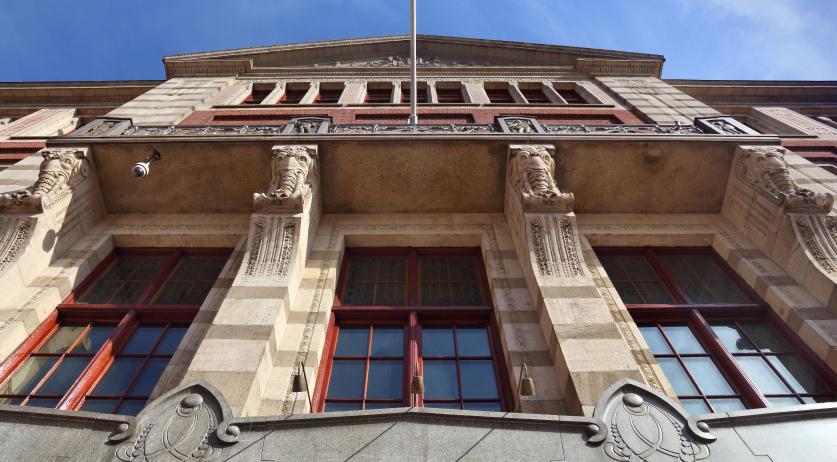 Worst loss on Amsterdam stock market since 1987; All football cancelled

The top stock market index traded in the Netherlands suffered its worst single-day loss since 1987. The AEX Index, a listing of the top 25 blue chip stocks on the Euronext Amsterdam exchange, lost 10.75 percent of its value on Thursday.

The index, which includes companies like KPN, Shell, Philips, and the country's top banks, has lost over 31 percent since hitting its all-time high on February 14 just before the coronavirus crisis hit Europe. The AEX closed on Thursday at 432.10, returning to levels last seen in October 2016.

The AEX Index lost about 12 percent on Black Monday, October 19, 1987, when the New York markets suffered a massive crash.

The Index already opened five percent below close at the start of trading after U.S. President Donald Trump announced an entry ban for non-U.S. citizens arriving at the border from a Schengen Area country. It began falling more steadily on Thursday morning after it became clear that the Dutch Cabinet was entering into emergency talks to impose new rules on the country's residents.

All Dutch football cancelled through March

The new regulations will stay in place through March 31. One of those rules, to ban all meetings and events where more than a hundred people were to attend, had a substantial impact.

Several events were canceled throughout the day, leading up the announcement, and in keeping with the new guidelines football association KNVB said no matches at any level will take place before April 1. "This means that all matches in paid and amateur football are postponed until further notice," the KNVB said.

The association's decision comes a mere 24 hours after the KNVB said all matches would proceed as normal. The change of heart, Director Eric Gudde said, is because the government's policy was also modified.

"The health and safety are most important for all involved," Gudde said on Thursday. He said rescheduling the events will require a massive, coordinated effort from the teams, leagues, officials and players, and he also called on governments and local authorities to assist them.

The association did advise amateur clubs to not even hold practices for the time being. When matches are played, the KNVB said they would not prevent teams from allowing their fans in the stadiums.

European football association UEFA will meet on Tuesday to decide if this summer's European Championships will be postponed. Several early round matches were scheduled to be played in Amsterdam.

UEFA has already cancelled all qualifying matches for Under 17 and Under 19 teams later this month. The Dutch men's national team also scrapped plans to play against the United States and Spain in friendly matches.

In the Tweede Kamer, the lower house of Dutch parliament, votes and debates will no longer be held for all 150 Members of Parliament. Debate access will be limited, with the public gallery only open to accredited journalists.

Votes scheduled to take place through the end of the month will be submitted by representatives for each political faction.