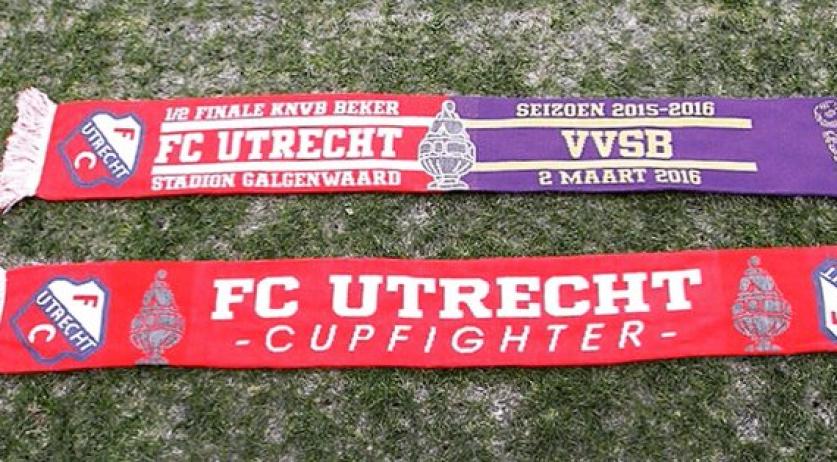 The first semi-final match of the KNVB Beker tournament shocked many in the football world as Ajax was knocked out of the competition by hosts FC Utrecht, 2-0. It was the third loss in the last four matches for the club from Amsterdam.

It was jubilation for the Utrecht side, who will find out their opponent in the final Thursday night when Feyenoord plays NAC Breda. A Feyenoord victory would give the Utrecht team a chance to avenge their cup final loss four years ago.

"Because of how good the atmosphere was we said to each other: this cannot go wrong. And it proved to be the case!" said Joris Van Overeem, one of Utrecht’s midfielders. Goals from Sander Van Der Streek and a penalty by Simon Gustafson sealed the victory for Utrecht.

"When the crowd and the players are so in tune like they were tonight, that just gives you goosebumps,” FC Utrecht captain Mark van de Maarel said after the match. “These are special moments."

Manager John Van Den Brom was ecstatic after the victory. “We didn’t just reach the final, we played a very good game,” he told AD.

Conversely, Ajax is going through a period of crisis right now after its losses to AZ Alkmaar in the Eredivisie, and Getafe in the Europa League. The performance has led fans and pundits to doubt the future of manager Erik ten Hag. But according to vice-captain Daley Blind, no blame can be assigned to the manager. “This is not because of the manager. The relationship between him and us is still very good,” he told AD.

“We will have to work together to turn this around. It's a shame that it went wrong today due to our own naive mistakes," the Ajax manager said. "It's not going brilliantly, but I do see improvement.”

Ten Hag has built up enough credit with the club after a historic season a year ago where Ajax achieved the “double” by winning the top Dutch league Eredivisie, the KNVB Beker, and also reaching the Champions League semi-finals beating the likes of Italian giants Juventus and Spanish heavyweights Real Madrid.

FC Utrecht has won the KNVB Beker three times previously, and will play in the final for the first time since 2016. That year they were defeated by Feyenoord who could be the opponents this time around too.

The final between Utrecht and either Feyenoord or NAC Breda will be played in De Kuip in Rotterdam on April 19.