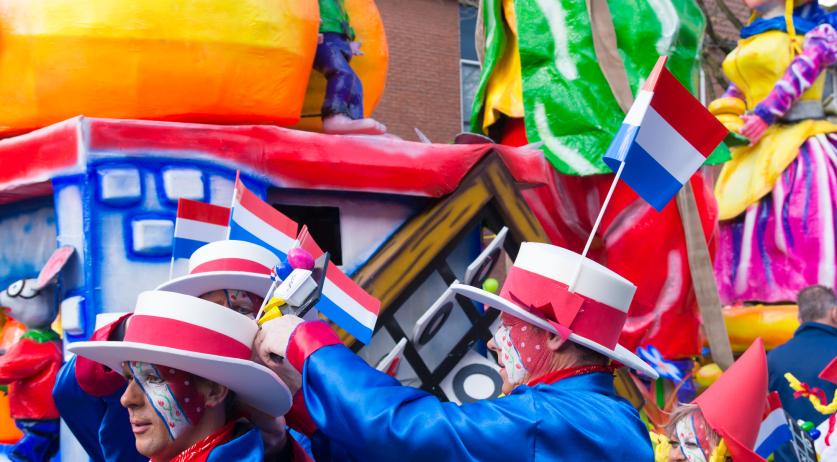 The provinces of Noord-Holland, Zuid-Holland and Zeeland can expect strong winds with gusts up to 90 kilometers per hour on Monday afternoon, according to a code yellow weather warning issued by meteorological institute KNMI. The rest of the country can also expect a blustery day, with showers forecast for the afternoon.

The windy and rainy weather will not put a stopper in the carnival parade in Breda today, the organizers decided on Monday morning. They are keeping an eye on the weather and changed the order of the parade so that the bigger floats go first, Omroep Brabant reports. "We are constantly monitoring the weather and have the emergency scenario ready at hand," a spokesperson said to the broadcaster.

Over the weekend, over a hundred carnival parades were canceled due to the weather, including the large parades in Eindhoven on Saturday and in Tilburg on Sunday. Rain and wind also caused damage across the country on Sunday, especially in Zeeland and Zuid-Holland. Emergency services in Zeeland received 45 reports of storm damage, in Zuid-Holland there were over a hundred such reports, mainly concerning blown down roof tiles, wall cladding, trees, and branches.

In Kampen, Rijkswaterstaat decided to close the Rampsol flood barrier for the first time in almost a year as the stormy weather raised the water levels of the IJsselmeer, according to NOS. The Boulevard in Vlissingen was closed to all traffic for a time after part of a roof blew into the street. In Leiden, the roof coverings of an apartment complex were largely blown away.

The weather also had consequences for air traffic at Schiphol airport. A total of 90 flights - 45 arrivals and 45 departures - were canceled on Sunday, according to Het Parool. The airport said that crowd levels were expected to be relatively normal on Monday, despite yesterday's disruptions. So far Schiphol doesn't expect disruptions on Monday.

Maximums will range between 9 and 12 degrees today, according to KNMI. The wind will remain moderate to strong throughout the night. Tuesday morning will start out dry, with a chance of rain in the afternoon and maximums around 8 degrees.

Unlike the recent storms Ciara and Dennis, Sunday's storm was not given a name because it did not trigger any severe storm warnings. It was the fifth storm so far in February, making this the second most stormy February since weather measurements started in the Netherlands. Only 1990 had more storm days at nine, according to NOS.