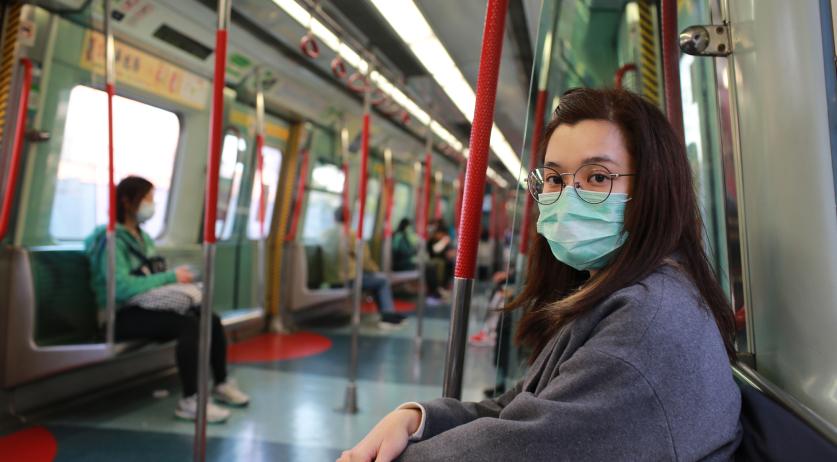 An online petition against Asian people being discriminated against in the Netherlands due to the outbreak of the coronavirus has been signed over 25 thousand times, including over 20 thousand signatures from people in the Netherlands. The petition, titled 'We are not viruses!' was placed online on Saturday.

The initiators of the petition refer to a number of anti-Asian incidents and "jokes" in the Netherlands over the past weeks. Last week Radio 10 broadcast a song titled "Voorkomen is beter dan Chinezen", according to NOS. The title is a play on "Voorkomen is beter dan genezen"  - the Dutch for "prevention is better than cure." The song links the coronavirus to Chinese people and eating Chinese food.

Over the weekend, anti-Chinese slogans including "Die Chinese" and "Chinese corona" were found painted in the elevator of a student complex at Wageningen University. The elevator was also smeared with feces, according to Omroep Gelderland. The police were informed of the vandalism. "My colleagues visited [the complex] this morning to investigate," a police spokesperson said to Omroep Gelderland on Sunday, adding that the mess has since been cleaned up.

Residents of the building were shocked. "This is more than discrimination and xenophobia. The person who does these kinds of terrible things lives with us but tries to destroy the lives of all tenants," one resident said about the incident, according to the broadcaster. A spokesperson for the university called the vandalism "disrespectful and discriminatory". "It is terrible that something like this happened," he said to the broadcaster.

GroenLinks parliamentarian Corinne Ellemeet told parliament about another incident of discrimination last week. A young woman told her that people in the tram pulled their sweaters over their mouths when they saw her, due to her Asian appearance.

"Enough is enough," initiators of the petition Vincent Yeers and Hui-Hui Pan wrote on the petition site. "Every day we are confronted with so-called 'jokes' and statements that are unacceptable. We too are just people. It is time for us to start the discussion. This affects not only everyone who is Chinese, but also all Dutch people with an Asian background. You don't joke about a disease, a virus. Would we also laugh if the song were about cancer?"

They call on politicians to take action. "Make a plan together with us on how we can break through this image and stereotypes and make a stand against racism and discrimination."

In parliament last week, Minister Bruno Bruins for Medical Care called it terrible that people with an Asian appearance are being discriminated against due to the coronavirus. According to the Minister, this is definitely not part of a decent society. "Discrimination is not acceptable. We must ensure that it does not occur. We all have a role to play."

The PVV asked the Minister whether it would be wise to close attractions that attract many Chinese tourists, like the Keukenhof, according to NOS. Bruins said he would not do so. He called it unnecessary, because the risk of people being infected is small. Moreover, such a measure is discriminatory and stigmatizing, he said.