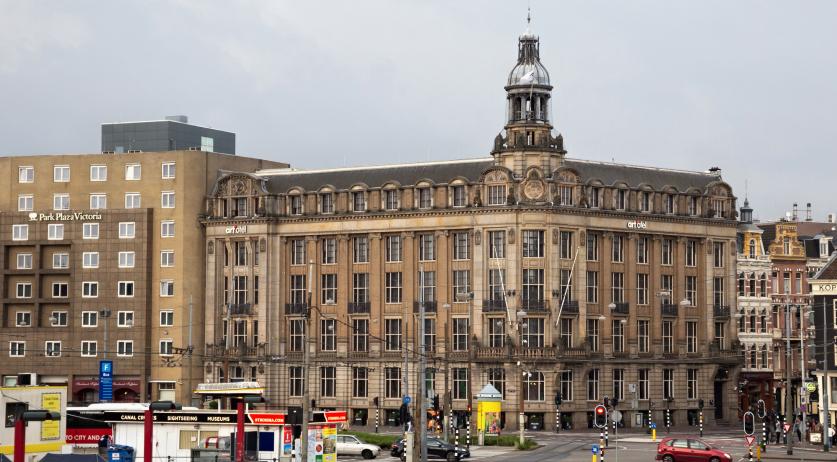 The art'otel on Prins Henndrikkade in Amsterdam was evacuated on Monday morning after a gas leak caused a major fire in front of the hotel, which is located across the street from Amsterdam Central Station. So far no injuries were reported, a spokesperson for the police said to NU.nl.

The police believe that a gas pipe was hit during work on Prins Hendrikkade, the spokesperson said to NU.nl. Grid manager Liander is at the scene to close the leak, the fire department said on Twitter. The fire brigade is working on keeping the pipeline cool, so that no further fires can break out.

The guests of the evacuated hotel were offered shelter in another hotel. The nearby Victoria Hotel did not have to be evacuated.

The fire affected tram traffic in the Dutch capital. Trams on lines 2, 4, 12, 13, 14, 17 are detouring, Amsterdam transit company GVB said on Twitter. Tram 26 is also detouring, now stopping at the back of Central Station.