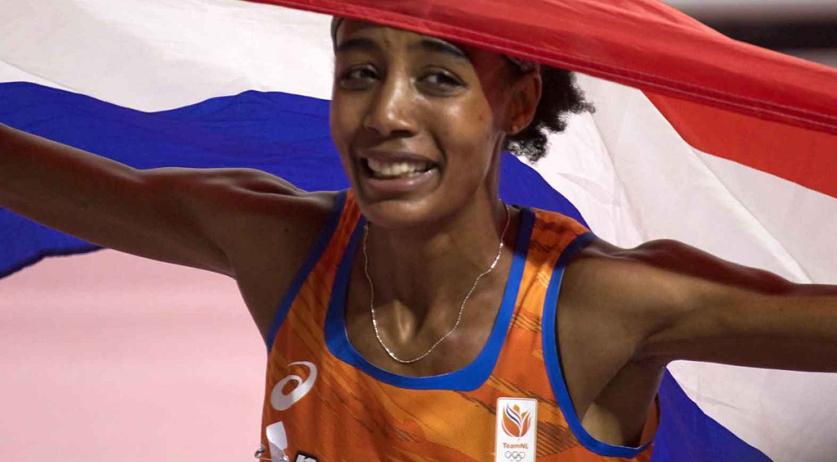 Sifan Hassan and Mathieu van der Poel were named Sportswoman and Sportsman of the Year at the Sports Gala in Amsterdam on Wednesday. The Team of the Year award went to the women's handball team. Hugo Haak was named Coach of the Year. And Jetze Plat won the award for Paralympic Athlete of the Year, NOS reports.

This year Hassan was the first athlete to win gold for both the 1,500 meters and 10,000 meters in one World Cup, held in Doha in Qatar. She also beat several European records, set a world record on the English mile, and won the Diamond League final in the 1,500 and 5,000 meters. In a reaction via Skype, Hassan expressed her regrets for missing the gala. "I am now in America to train in the run-up to the Games in Tokyo. I hope that next year will also be fantastic."

Van der Poel excelled in three different branches of cycling this year. In February he became the cyclo-cross world champion, in April he won the Amstel Gold Race, and in July he won the European biking title. The cyclist also could not attend the gala, but responded: "I am very proud to have won this fantastic prize, against two other very big names in the sport. I want to thank everyone who voted for me, both jury and other athletes."

The women's handball team won the World Cup in Japan on Sunday. They were informed about their nomination for sports team of the year on their way back to the Netherlands. The new world champions arrived on Tuesday morning - just in time to attend the gala and accept their prize on Wednesday.

Hugo Haak is the national coach of the Netherlands' track sprinters. Over the past year, the Netherlands was all-powerful as a team, winning both the European title and the world title. On top of that, Harrie Lavreysen and Jeffrey Hoogland won individual sprint tournaments.

Jetze Plat was named Paralympic Athlete of the Year. The hand biker won gold at the para-cycling world championships on the time trial in class H4.