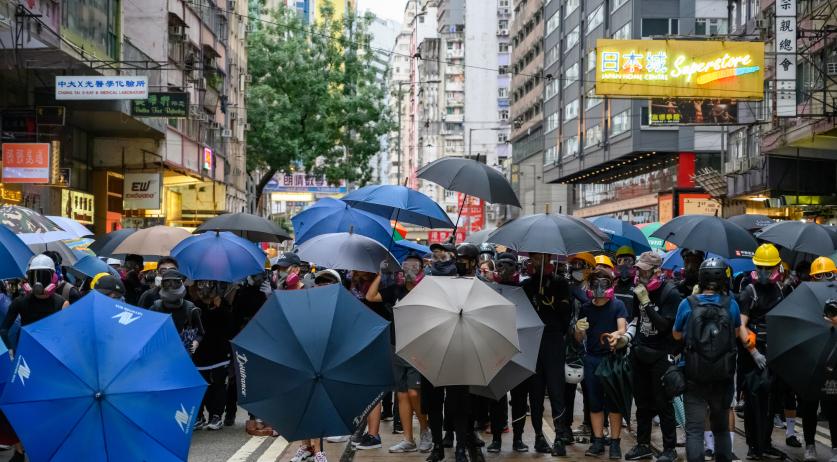 The University of Amsterdam, Erasmus University Rotterdam, Utrecht University, Leiden University, and TU Delft all confirmed to the newspaper that they are facilitating the return of their students. Radboud University Nijmegen said the same to the Telegraaf.

Tensions have been high in Hong Kong for months, with regular mass protests against the city government, and the influence of the government in Beijing. Many protesters are students and they are using universities as a base for blockades and clashes with the police. The situation escalated even more with the death of a 22-year-old demonstrator last week Friday.

As a result, a number of universities in Hong Kong have scrapped lectures and working groups for the time being, some even canceling them for the rest of this calendar year.

The University of Amsterdam, Erasmus University Rotterdam, and Utrecht University together have 145 students in Hong Kong. The Amsterdam and Rotterdam institutions will pay for their students return trip to the Netherlands. Three Erasmus students already returned home.

"The situation has become so unimaginable that we advice our students to return", University of Amsterdam spokesperson Annelies van Dijk said to NU.nl. "Some of the students we spoke to say they want to go home."

Tilburg University has 36 students in Hong Kong. The institution advised them to come back to the Netherlands, and said they may be able to claim their travel expenses back from the University. Radboud has eight students in the city. A spokesperson for TU Delft could not immediately tell the newspaper how many of its students are still in Hong Kong.

What this early return to the Netherlands will mean for the exchange students' studies, is not yet clear. The Dutch universities will assess this on an individual basis. A number of universities said they would compensate for the study delay, according to NU.nl. Some Hong Kong universities also said that students can complete their semester from the Netherlands, for example with online lectures.