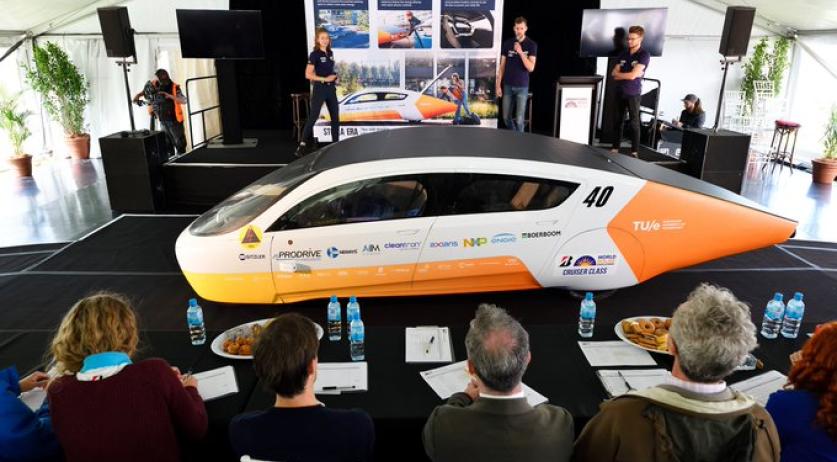 The Solar Team of the Eindhoven University of Technology won the World Solar Challenge in Australia in the cruiser category. This is the fourth year in a row that the Eindhoven team won gold in this category for family solar-powered cars, the university announced on Twitter.

The team's solar family car, the Stella Era, got the highest scores from the jury in terms of interior, comfort and design. The Stella Era has several gadgets for passengers, according to NOS. Passengers can watch shows, play games, and listen to music. The car can also steer itself and detect obstacles on the road.

Solar Team Eindhoven is delighted with the win. "It was certainly not obvious that we would become world champions for the fourth time", team leader Carijn Mulder said, according to Omroep Brabant. "All challenges kept the team sharp during the preparations and the race until the last moment."

The Netherlands also had three teams competing in the the main class. Two dropped out before the finish. The solar car of Solar Team Twente was blown off the road by a gust of wind and damaged to such an extent that it could not finish the race. Delft's solar car caught fire in he last leg of the race and the team, who was in the lead at the time, literally watched their dreams of winning go up in flames. The team from Groningen ended in 4th place.