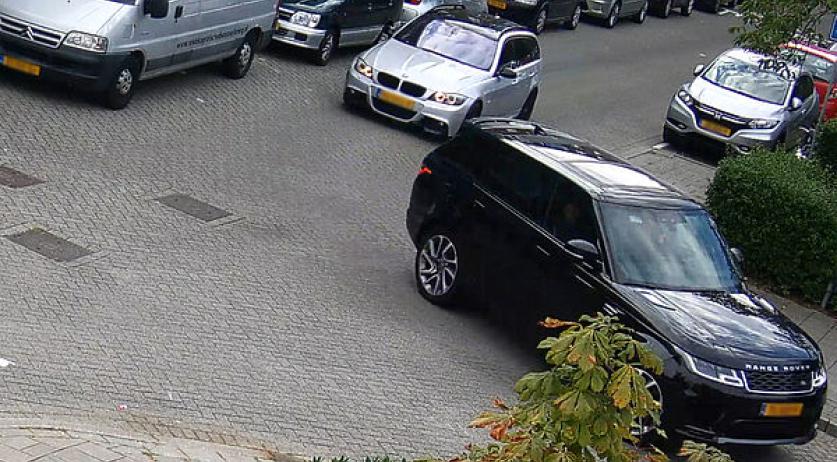 The police released video footage of two attempts to assassinate two people in a Range Rover in Rotterdam on September 10th. The perpetrators fired an automatic weapon, an AK47, at their targets first on Berlagestraat and then as their targets fled into the Alexandrium Shopping Center. As the streets and shopping center were pretty crowded when the shooting happened at 9:30 a.m. that morning, it is a miracle that no one got hurt, the police said on Opsporing Verzocht.

The police are looking for two perpetrators, a man and a woman. The man is around 30 years old and 1.8 meters tall with dark skin and a fairly muscular build. The woman had a blond ponytail, but she may have been wearing a wig. She is described as between 20 and 30 years old with tanned skin.

The perpetrators, driving a silver BMW, started following the black Range Rover on Mertensstraat at around 9:30 a.m.. On Berlagestraat, near Duikerstraat, an automatic firearm was fired from the BMW at the Range Rover. At 9:37 a.m., the Range Rover stopped on Kreefstrat, at Poolsterplein. A man and woman got out and fled into the Alexandrium Shopping Center. The BMW stopped and fired multiple shots into the shopping center. Surveillance camera footage show many bystanders running and diving for cover.

The BMW sped away, but did not go far. On Hoofdweg, at the crossing with Vlierbaan, the perpetrators hijacked a woman and drove off in her Audi A6.

The police are calling on the public's help to track down the perpetrators. On the day before the shooting, the silver BMW - which was stolen from Snelfilterweg in Rotterdam during the night of 6 to 7 September - was filmed on Mertensstraat. The police believe the perpetrators were preparing for their attack the next day. Surveillance cameras showed the driver wearing sunglasses and a black jacket with light colored stripes on the sleeves. The police hope the public can help them identify this person.

The hijacked Audi was found at 6:00 p.m. that same day on Wollefoppenweg, in the north of Rotterdam. Investigators also want to talk to anyone who saw the  Audi A6 being left there.

The night after the shooting, on September 11th, a stolen BMW was set on fire on Lester Youngstraat - less than a kilometer from where the hijacked Audi was left. The police are investigating whether these incidents are connected and want to talk to anyone who may have seen anything relating to this car fire.

The two targets of the attack, the man and woman who were in the Range Rover, were arrested after the shootings. They were released again after questioning.