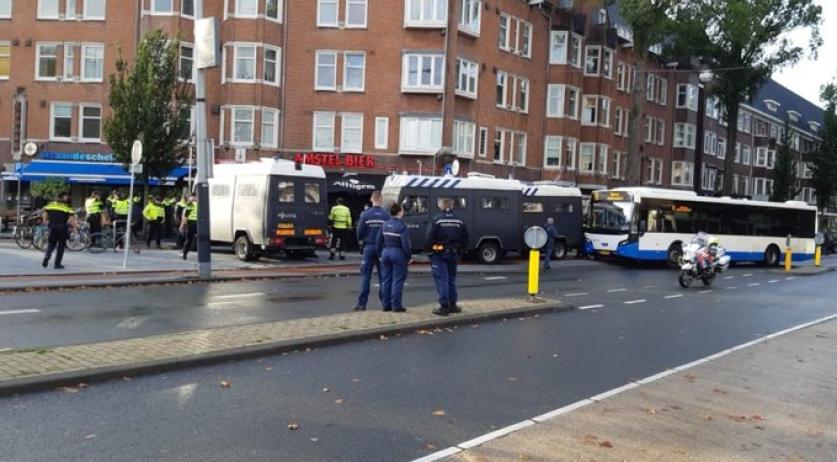 A total of 90 football supporters from Groningen were arrested in Amsterdam before the match between Ajax and FC Groningen on Saturday. According to the police, the Groningen supporters came to Amsterdam to start a fight with Ajax supporters. They were each fined 120 euros and released after the match, a spokesperson for the Public Prosecution Service in Amsterdam said to AD on Sunday.

The Groningen supporters were arrested at a catering business on Scheldeplein. According to the police, they clearly came to Amsterdam to start a fight - they did not even have tickets for the match. When they saw the police coming, the Groningen fans quickly threw away a few bags of cocaine, brass knuckles, mouth guards, a smoke grenade, fireworks and a window smasher.

The Groningen fans spent a few hours in custody before they were fined and sent home.

A few dozen Ajax supporters were in the area when their Groningen counterparts were arrested. It seemed that the Groningen fans had an appointment with Ajax fans to brawl, the Public Prosecutor spokesperson said to AD.No Ajax fans were arrested.

Ajax won the match against FC Groningen 2-0, scoring both goals in rapid succession after Groningen left back Django Warmerdam was sent off with his second yellow card when he took too long to throw the ball in during the 73rd minute. Lisandro Martinez scored three minutes later on a ball from Hakim Ziyech. Klaas-Jan Huntelaar struck the ball into the back of the net in the 79th minute with an assist to Donny van de Beek. 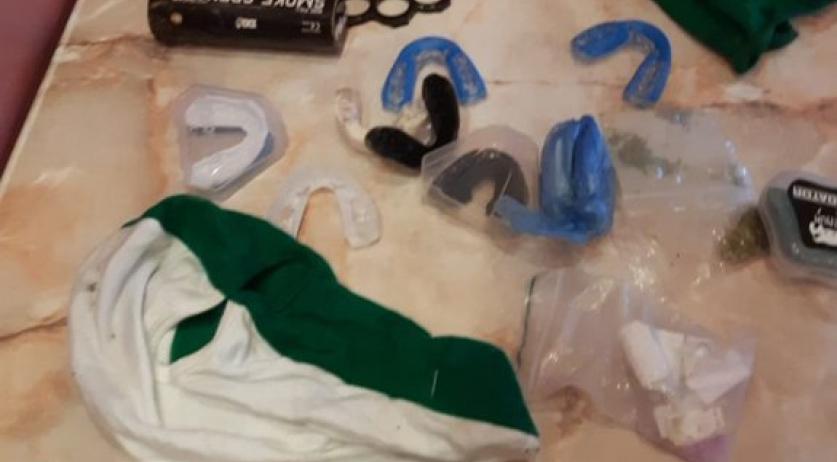 Items seized from Groningen football fans arrested in Amsterdam before a match between Ajax and FC Groningen, 28 Sept 2019 - Source: Photo: Politie Amsterdam/Twitter at