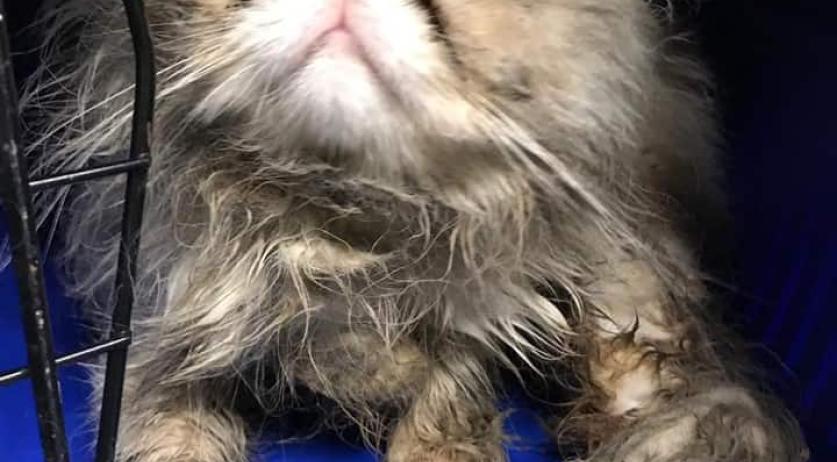 The cat was found at Haardstee. "The poor creature did not want to leave its box. Terrified and such an enormous stench. Where this is supposed to be a beautiful white Persian, the entire underside was black with excrement and filth. The entire fur was covered with tangles and could not be scrubbed clean. Thin, hungry and anxious. The gender was not even clearly visible", the Animal Ambulance team said.

Due to the state of the cat's fur, and how scared the animal was, the Animal Ambulance could not assess its health. The cat was taken to the Hugo Dierenziekenhuis Zwanenburg for a medical check. The animal was healthy enough not to have to stay at the vet overnight.

The cat was under evaluation on Monday at the Dierenopvang Amsterdam animal shelter. It is unclear if the cat will be suitable for adoption.