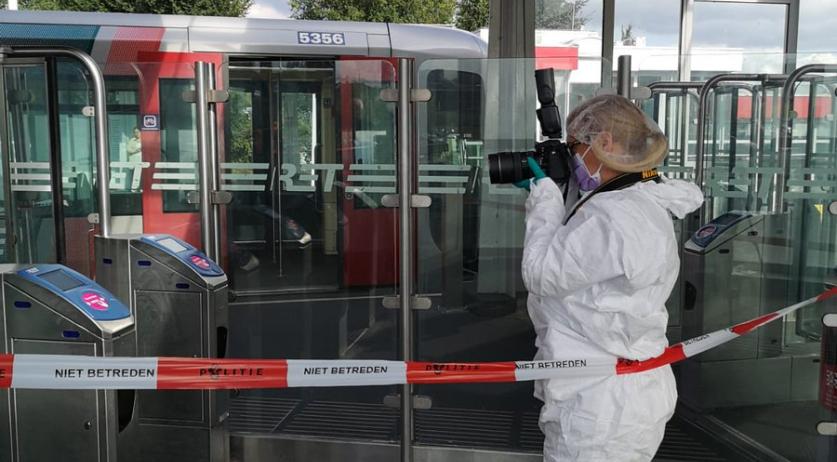 Rotterdam Metro stabbing on Monday kills one: Suspect on the run

A person was stabbed to death at the Capelsebrug subway station in Rotterdam on Monday morning following what witnesses described as a scuffle. The perpetrator is still at large, the Rotterdam police said on Twitter.

Emergency services, including a trauma team by helicopter, responded to the subway station on Abraham van Rijckevorseplein just before 10:00 a.m. First responders tried to resuscitate the victim, but it was to no avail. They died at the scene. So far the police released no information regarding the victim's identity.

The suspected perpetrator fled the scene. The suspect is a man of around 20 years old and 1.8 meters tall. He was dressed in dark colored clothing with white shoes, according to a description spread on citizens' notification system Burgernet. He fled towards the 's-Graveland neighborhood.

Police think it is possible their suspect might also be injured from the fight. Some witnesses had described the suspect as having large lips, police said, but authorities think that the description might be due to a wound sustained in the brawl.

Due to the stabbing and police investigation, the metros traveling in the direction of Binnenhof, Nesselande and De Terp are currently not stopping at Capelsebrug station, Rotterdam public transit firm RET said. Travelers should take extra travel time, and an extra transfer into account.