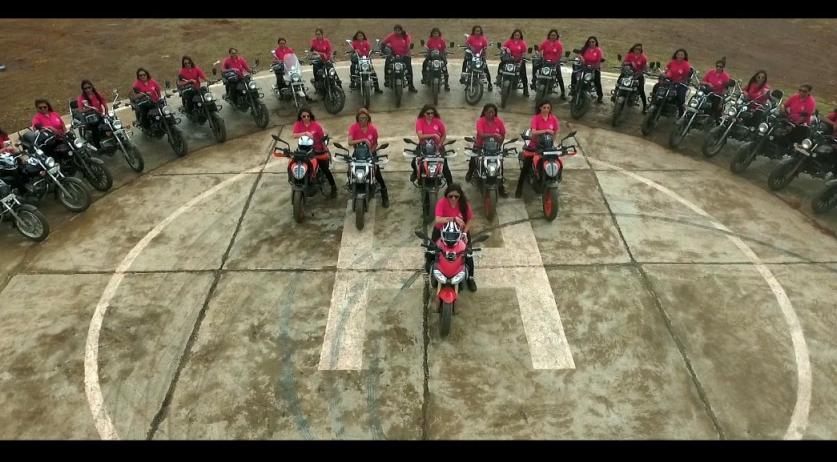 Members of the Biking Queens motorcycle group from Surat, India were on a 25,000km expedition across 25 countries on a Ride for Pride mission when their bikes were stolen on their Amsterdam stop. On Saturday night, their two KTM Duke 390 bikes were stolen from the parking lot at Hotel Ibis, Amsterdam West.

A police report was filed and there has since been no information from the Dutch authorities about the missing bikes, according to the victims. Dr. Sarika Mehta, the leader of the group, said they were consistently following up, but have not received any “satisfactory answer” about the stolen property, only that the police will “get back to them.”

The Gujarati Samaj organization in Amsterdam has also been reaching out to the police on behalf of the women.

“They [the police] are not replying about what they have done about it,” Mehta said about the Dutch authorities' lack of response to Gujarati Samaj. “The sad part is they don’t feel as though this is important, at least they should reply to the people who are coming for help.”

The Indian embassy in the Netherlands is also attempting to get answers from the authorities but to no avail.  A request has been made to see the surveillance camera footage, but that request has been denied.

The Biking Queens – Dr. Sarika Mehta, Jinal Shah, and Rutali Patel’s – expedition was flagged off on June 5 from Lucknow in Uttar Pradesh, India. The three women planned to travel for 90 days across three continents as part of the Ride for Pride social campaign for women. The campaign, which has the support of UN Women and the government of India, is to promote women’s rights.

“This ride is all about ‘No matter what difficulties come we can find a way and still achieve our dreams,’” Mehta said to NL Times. “Any woman who are family-oriented, or business-oriented, or a student, can pursue her dreams no matter what the venture.”

Mehta and Patel discovered the bikes missing on Sunday morning as they prepared for the next leg of their expedition from Amsterdam to Paris. The stolen bike incident was posted to the Biking Queens Facebook page, where they asked for assistance from the Indian community in Amsterdam-West, India’s Ministry of External Affairs and the Indian Embassy in the Netherlands.

“Our bikes have been stolen from the parking lot of Ibis Amsterdam City West - where we stayed last night,” they posted on their Facebook page on August 11. They were able to rent new BMW F-GS bikes to continue with the expedition to keep on schedule.

This is not the first incident the group has faced since they began their journey. Shah lost her passport and bike visa during their stop in Moscow a few days prior to getting to Amsterdam, forcing the woman to cut her trip short, leaving Mehta and Patel to continue the journey alone.

Their new #Rideupdate status on the social media page shows Mehta and Patel posing with a bike and the flag of India in front of the Eiffel Tower, suggesting they made it to Paris. They have since moved on to Belgium and met with the Gujarati community there.

Their ride will end in London on August 26, with a welcome celebration by the Indian community and other bikers, according to Mehta. The High Commission of India (Embassy) will also host an event for the women that evening to present them with an award for their social campaign achievement. Additionally, there will be a gala in their honor at the Gymkhana Club London on August 27 to culminate their trip.