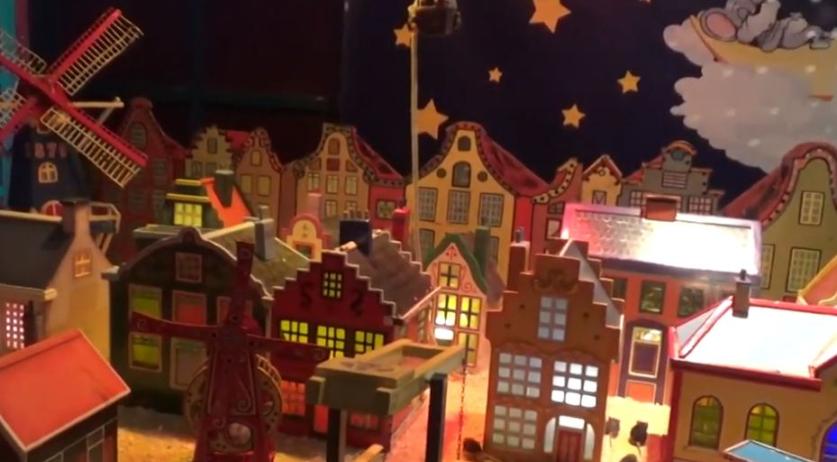 The operator of carnival show Muizenstad - a miniature city filled with living mice - decided to cancel further appearances this year. The attraction was at the Tilburg fair last week. On Thursday animal activist Karen Soeters posted a video recorded in the the attraction on Wednesday, showing the mice in a tent that was 34 degrees Celsius at the time.

The presence of a filming activist was enough for the couple who operate the Muizenstad to take their mice home on Wednesday, De Gelderlander reports. On Saturday, a sign was posted on the attraction. According to a photo in Brabants Dagblad, it read: "Dear people. In connection with an action by Karin Soeters, a so called animal activist, we are forced to stop with our Muizenstad. This hurts us a lot, but we have no other choice. We thank everyone who has always been faithful here. This never comes back."

"This year we will not go on the road again in any case", operator Wobbe Nieborg said to De Gelderlander. "I already canceled the fair in Groesbeek at the end of August. You shouldn't think about activists entering your tent and making a fuss, while little children are by the mice."

According to 65-year-old Nieborg, who has been on the road with his Muizenstand for 35 years, the 120 mice in his attraction lack nothing. "We take good care of them, including our older mice of three years. They can also withstand the heat. Under the lamp they stall crawl up next to each other. However, on Wednesday, we kept the attraction closed for six hours. At the time of that video it was 34 degrees in the tent. No problem for a mouse."

Soeters was sent the video by "sincerely concerned people" and decided to share it on Twitter, she said to Brabants Dagblad. "Just like I think you shouldn't put animals on transport or go cycling with a dog in the heat, I also think you shouldn't do this to mice", she said to the newspaper. She doesn't know if her tweet prompted the Animal Police to take action. "But if people have to stop and they find it fun to blame me, I think that's fine."

The activist told Brabants Dablad that she had never heard about the Muizenstad before receiving the video. "But I am in any case opposed to animals being used for an attraction. That is no longer of this time."

A spokesperson for the municipality said to the newspaper that it was decided "in good consultation" on Wednesday not to open the Muizenstad for the rest of the fair due to the extreme heat the Netherlands faced last week. "That was thus before the video appeared on social media", the spokesperson said to Brabants Dagblad. She spoke to the operators on Saturday. "They are very emotional about this. From childhood their souls and salvation have been with the Muizenstad. But they now also feel that the time has changed."

Rolph Dols, the Tilburg alderman in charge of matters surrounding the fair, doesn't know yet whether the Muizenstad can return to the city next year, he said to BN De Stem. "We are dealing with a changing time. We will have to agree with the fair associations about the use of animals at the fair. How mice in the Muizenstad feel, experts will have to explain to me."

Jan Boots, director of the Dutch fairground association NKB, told De Gelderlander that he sympathizes with the operators of the Muizenstad. "But what we have seen at the circus, is now also reaching us. This discussion also takes place around the ponies at the fair. I know how well the operators take care of them, but many people still feel sorry for them. We must have an answer to that."

Soeters received a storm of criticism on Facebook and other social media, including threats. "Through her to the lions and give spectators free entry", one person wrote on Facebook, according to Brabants Dagblad.