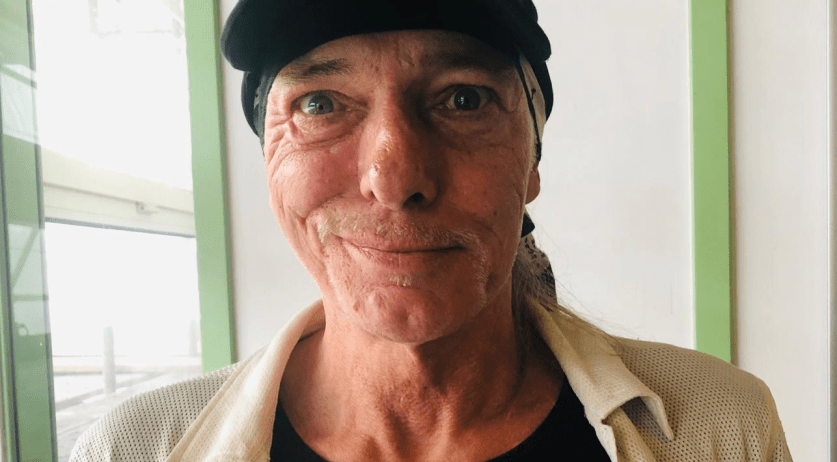 After nine years in operation, the Amsterdam Underground tour - started by the De Regenboog Groep, an NGO that works with homeless people - will now be in the hands of the formerly homeless guides who have lived the experiences the tour aims to illuminate to tourists. De Regenboog made the decision to form a cooperative for the four current volunteers to own the business and have full control of their narratives.

Amsterdam Underground initially started with unemployed, often homeless, people in recovery who volunteered to give tours of the city, taking tourists to various places where addiction played a heavy role in his or her life in the 80s or 90s.

Ferrie Lensen is one of those volunteers, now turned owner. The 60-year-old former heroin addict was skeptical about the project. “I didn’t want to do it at first,” Lensen said. “The neighborhoods where they were taking the tours, I do my best not to come here. I was afraid. I didn’t want to fall back [into drugs] again.”

Despite his inceptive protests, Lensen began volunteering almost eight years ago after taking a tour with Sonja Groot Obbink, who helped him understand how the tours work. Groot Obbink, the only woman in the cooperative and a former prostitute, usually helps new guides learn how to confidently share their stories, which is a crucial part of the tour’s success.

And Lensen has a story to tell. When he used drugs, Lensen’s means of survival was burglary, robbery, and theft. His personalized tour highlights the places where many of his criminal activities took place.

“It is important for people to understand that Amsterdam was not always the beautiful tourist-driven place it is now,” said Lensen.

“It is a part of the history of Amsterdam,” Brigit Nieuwburg, a manager at De Regenboog Groep added. “It’s not something to be really proud of, but it is part of our history.” She further mentioned that back then the city of Amsterdam had a drug epidemic which spilled into the streets where Lensen and his co-bosses currently do their tours.

Inspired by the city walks done in Utrecht, De Regenboog Groep began their own tours in Amsterdam as part of their program to help homeless Amsterdammers reintegrate into society. The Amsterdam Underground tour aims to deglamorize the drug and sex trade as well as destigmatize the lives of homeless people and addicts in the city.

“We [Amsterdam] don’t treat our homeless and addicts very well,” said Nieuwburg. “We have a prejudice towards these type of people in Amsterdam and we [De Regenboog] want people who are not addicts, people who live a normal life, to understand another group better.”

When tourists think of Amsterdam the first two things that come to mind are sex and drugs. The tolerated access to marijuana and sex workers has been a heavy tourist attraction to the city for decades. The mere mention of visiting the city of Amsterdam is often met with mischievous smiles and followed up with sexual innuendos.

Over the years, the Amsterdam Underground tour began to grow and has situated itself as an integral part of the Amsterdam tourism economy. The tour garners rave reviews on sites such as Trip Advisor. Last year, they did 700 guided tours and approximately 10,500 people were able to experience what life was like for the former drug abusers and homeless guides. De Regenboog’s project began to earn more money than they expected.

As the tour grew the number of volunteers has shrunk because many were unable to keep a stable life and “fell off” according to Nieuwburg. Volunteers are chosen from the 6,000 homeless people that visit the De Regenboog’s drop-in centers every year. People who have an interesting story to tell and a stable lifestyle are invited to become volunteers with Amsterdam Underground.

Although the current remaining four guides were happy volunteering their time for a small stipend, De Regenboog believed they were ready to take on the responsibility of running the tour and getting paid for their work. Now as of July 1, Amsterdam Underground is a cooperative co-owned by Lensen along with Groot Obbink, Michel Zevenhoven, and  Glenn Panka.

The formation of the new cooperative has given this group homes and the financial stability to continue with the work they have each grown to love. Now that new contracts have been signed, the four bosses are currently strategizing the growth of their business. Expanding the tours to include more guides and implementing informational school tours to speak to students about drugs are two of their primary goals for this calendar year.

Monthly meetings, profit sharing, budgets, growth strategies, PR, and social media marketing are all responsibilities they were not initially keen on taking. “That’s all new to me!” Lensen said with a laugh. But with the moral and business support from Nieuwburg and De Regenboog, Amsterdam Underground has entered a new phase.

“From the day I started to do these tours I’ve been a new man,” Lensen said. “I feel excited every time about what kind of tour it’s going to be.”