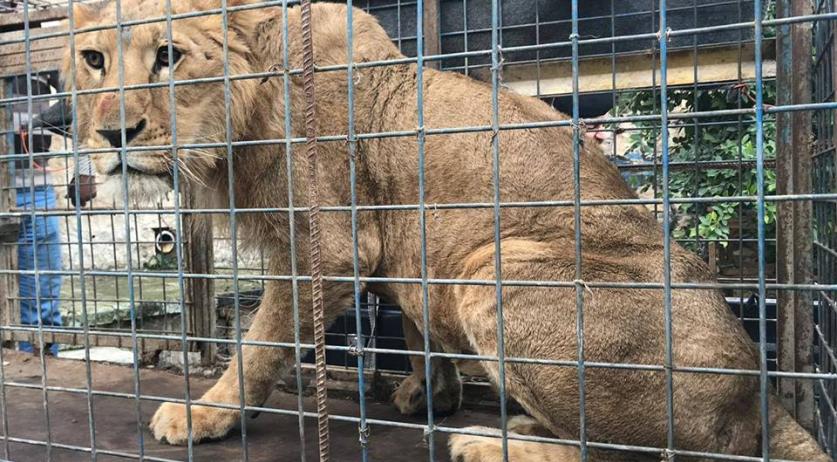 A weak and seriously neglected lion offered for sale at a market in Baghdad, Iraq early this year, is getting a second chance in the Netherlands. Thanks to the intervention of two Dutch persons, and after months of negotiations, lion Simba is heading to the lion sanctuary in Anna Paulowna, RTL Nieuws reports.

An employee of the Dutch embassy in Iraq and an officer of the Koninklijke Marechaussee, a policing force that works as part of the Dutch military, spotted the malnourished lion in a small cage at a market in the Iraqi capital. They decided to intervene and the Dutch lion sanctuary Stichting Leeuw agreed to help.

Simba did not get enough to eat and is stressed out by the situation, according to the sanctuary - the largest in Europe. But they know how to handle it. "He is going into quarantine here and we will take care of his recovery. It is impossible to say in advance how long that will take", director Robert Kruijff of Stichting Leeuw said to the broadcaster.

The lion was flown from Jordan to Maastricht Aachen Airport by cargo plane on Friday. He was expected to land at around 2:00 p.m. At the airport, veterinarians will first give him a medical checkup, and the around 2-year-old lion will then be transported to Anna Paulowna.

The hope is that after his recovery, Simba will be able to be released into the wild in Africa.