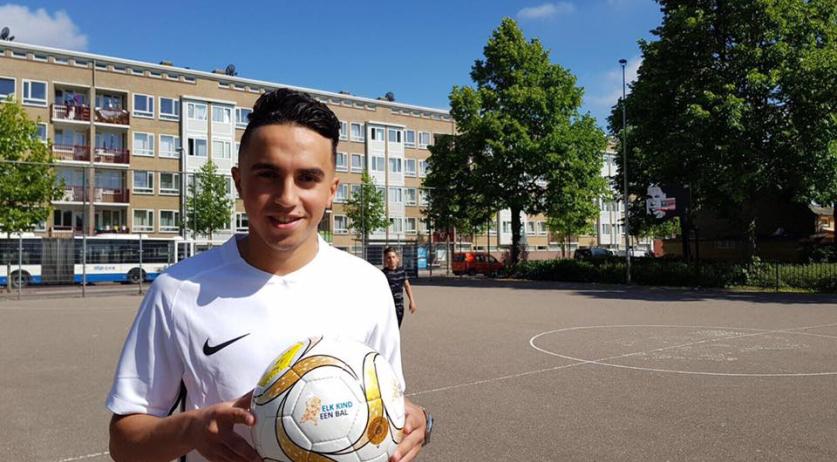 Exactly two years after Ajax footballer Abdelhak Nouri went into cardiac arrest during a match, leaving him with permanent and severe brain damage, cardiologists at the Amsterdam UMC are calling for better heart screening for athletes. The current method for early detection of heart disorders in athletes is outdated, cardiologist Harald Jørstad of the Amsterdam hospital said to Nieuwsuur on Monday.

Athletes are currently screened for heart disorders using the so-called Lausanne protocol, which dates from 2004. The protocol consists of a fixed combination of questionnaires, physical exercise and a heart video. And while various new techniques have been developed in the past 15 years, the protocol has never been updated.

"The heart video does not provide enough information", Jørstad said to the program. "And other examinations we had back then were either extremely difficult or extremely expensive. Now you can do ultrasounds everywhere. MRIs are faster and more accurate. We can test the genes, we can do invasive tests. We see: the better technology gets, the better we understand how the heart works."

The study will start this year.

Abdelhak Nouri , then 20 years old, collapsed during a practice match in Austria on July 8th, 2017 due to cardiac arrest. He was left with permanent and severe brain damage. After spending a period in Amsterdam UMC, then called AMC, Abdelhak is now at home where his family is caring for him.

Two years after this tragic incident, Nouri's family is still waiting for Ajax to pay compensation. The Amsterdam football team acknowledged liability last year. If Ajax doesn't pay compensation within six months, the family will be forced to take legal steps, lawyer John Beer, who is representing the Nouri family, said to Nieuwsuur. "The talks about compensation are not easy", Beer said to the program. "You can register that they are not acting very generously towards the family. At some point we will have to go to court or arbitration."

Abdelhak's medical situation has not changed in the past two years, according to the lawyer. He needs constant care. Beer speaks of a "sub-comatic situation where subtle contact is possible, in particular between the family and Abdelhak". "He is aware of his situation, I think. The family is convinced of that. A conversation is not possible, but the impression is that he is really trapped in a body that makes it impossible for him to communicate in a normal way. He cannot make it clear either. That must be terrible."