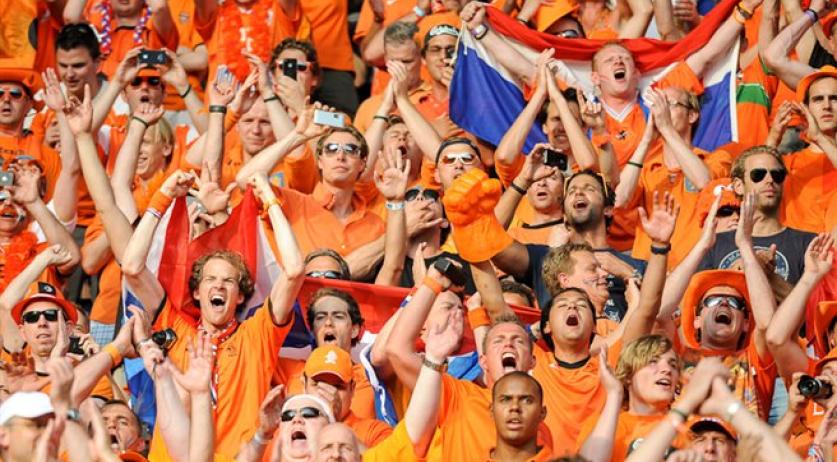 The Oranje Lionesses and their fans are elated by the Dutch team's progression to the World Cup Final after a 1-0 victory over Sweden on Wednesday. "Not normal, hey", Jackie Groenen, who scored the winning goal, said to NOS after the match. "We worked so hard, it's nice to play in this team. That I scored doesn't matter, it's more important that we won and that we are in the final."

Groenen praised the team spirit among the Oranje Lionesses. "We have a team that is there for each other and that works."

Goalkeeper Sari van Veenendaal, who kept Oranje going with several important saves, has difficulty believing they made it this far. "It is something very special. It is a World Cup. And we, the Netherlands, are in the final."

Coach Sarina Wiegman is also still waiting for it to sink in. "We are in the final of the World Cup. Incredible. I think it will sink in in about six months", she said to NOS. "Now we are going to celebrate and then rest a lot."

Over 5 million people tuned in to NPO1 to watch the semi-final match between Oranje and Sweden on Wednesday, according to figures from KijkCijfers. Oranje fans are delighted by the Netherlands' win. Twitter flooded with "Hup Holland" congratulations after the match.  "Van Veenendaal is my new queen, move over Maxima", one fan tweeted. Another: "Whatever happens on Sunday... Our Oranje women are still the best in Europe! Well done girls!"

The progression to the World Cup finals naturally also made it onto the front page of the Dutch newspapers on Thursday. AD called it "Historic". Telgraaf's headline simply read "Final". The Volkskrant spoke of a "sensational victory".

The Lionesses will face off against the United States - the favorite for the World Cup title - in the final in Lyon on Sunday. "The players are exhausted. We have three days to get everyone fit in time for kickoff. Tonight, then, nothing but water will be drunk. There is time for that after the tournament", coach Wiegman joked to NOS. "This is such a fighting machine. There is a huge drive in this team. We emphasized that from the start, that if you function as a team you don't always have to be better than the opponent. Then you can beat anyone. You saw that today too."