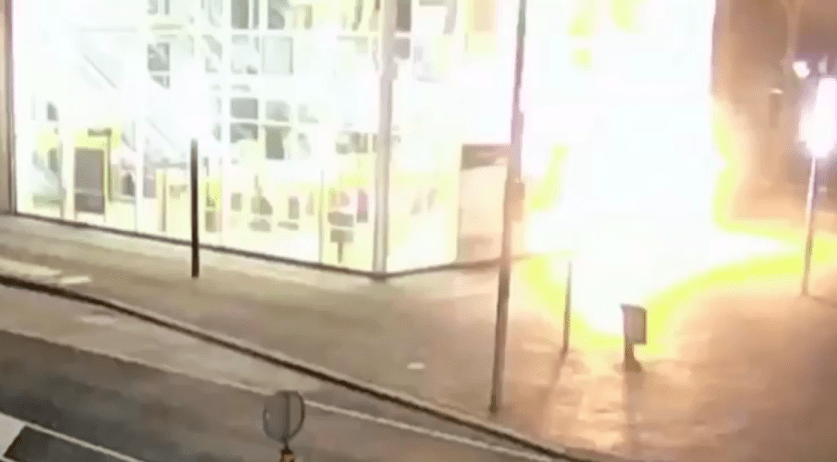 Some 300 thousand euros in damage was caused to the station on March 21, though the robbers made off with very little cash, police told broadcaster AT5. The suspects were unable to steal the cash cassettes used to store money inside the ATM.

At least two suspects could be seen in the video, released to broadcaster AT5, moments before the bomb was triggered. One person, standing at the ATM, appeared to perform a transaction on the cash machine, while the other looked to prepare a device on the floor.

The video then cut to a shot of the first person, clad in a dark hooded sweatshirt, dark blue pants, and black Nike’s with white soles, running out of the station. Seconds later the explosion ripped apart the glass-enclosed entryway to the metro.

Before the dust settled, the two were back at the ATM location rooting through the debris. The person in the sweatshirt was also carrying a large black duffle bag. They appeared to then pick items up off the floor before the video ended.

Authorities said the second suspect, whose also had a red hood, could have injured his left arm in the incident. They fled the scene headed towards Diemen on a very loud scooter.

Police asked anyone with information about the incident or the suspects to immediately contact them.