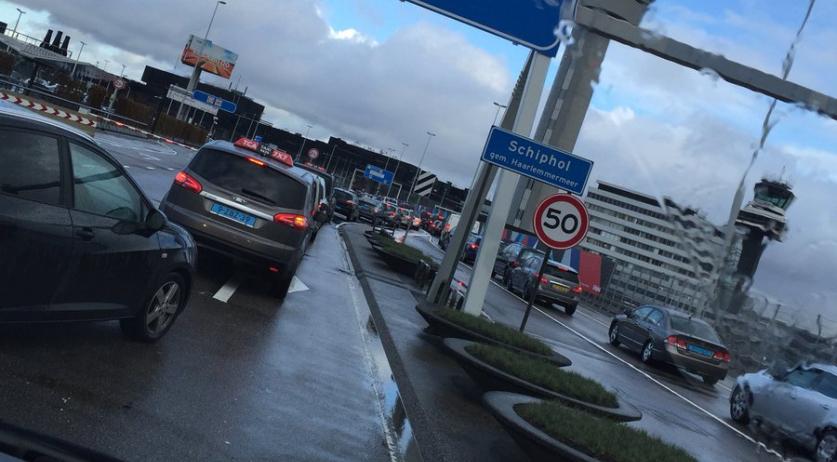 New road tax: Car owners could get charged per kilometer

Implementing a new road tax that will charge motorists for each kilometer they drive is one of the suggestions the 24 members of the Mobility Alliance made in their Delta Plan Mobility. The 70-page long document contains multiple proposals that should ensure that traffic in the Netherlands can keep moving in the coming years. Other proposals involve constructing more bicycle paths and and so-called transport hubs, NOS reports.

The alliance, including parties like NS, ANWB, RAI Association, Transport and Logistics Netherlands, and Bouwend Nederland, estimates that at least 3 billion euros extra must be invested into mobility every year until 2040. This will be offset by social benefits of 18 billion euros per year, the alliance calculates.

One of the proposals to decrease both traffic and CO2 emissions, and the most controversial proposal in the Delta Plan, is the kilometer tax or road pricing. The Delta Plan states that road users must pay "according to use and pollution". If RAI Association chairman Steven van Eijck has his way, the kilometer tax will be implemented from 2024, "for everyone and not just during rush hour", he said to NOS.

ANWB CEO Frits van Bruggen told NOS that 80 percent of the Netherlands supports the "pay according to use" plan. "It would be weird if my father pays as much as I do. He drives the same amount in a whole year that I do in two weeks. The idea is that we will pay per kilometer that we drive. That is fairer", he explained. On behalf of the alliance, he calls on the government to start preparations for implementing a kilometer tax. "And we are unanimous. The next cabinet has to hit the nail on the head to make road pricing concrete. There is no other way."

Kilometer tax is a sensitive topic in the Netherlands. Proposals to charge motorists extra for the kilometers they drive during rush hour failed multiple times in the past. The Rutte III coalition agreement specifically states that kilometer tax will only be implemented for freight traffic, and specifically not for passenger cars.

Minister Cora van Nieuwenhuizen of Infrastructure is still against the idea of road pricing, she said in a reaction to the newspaper. "The coalition agreement clearly states that tests must be done to see if you can pay for infrastructure in another way. Toll roads are an example of this or rewarding people for avoiding rush hour", she said. But these test projects should not lead to road pricing, she said.

Van Nieuwenhuizen also pointed out that electric cars are exempt from the kilometer tax. "If everyone starts driving electric then the Minister of Finance has a big problem", she said. "It is not fair when electric drivers don't pay and the rest do. Something has to be done about that. But that too is for the longer term, because for the time being we are not nearly at the point where everyone drives electric."

The Minister is firm that the government will not implement a kilometer tax. "No. And the traditional rush-hour tax is an abomination. I'm not going to to that", she said to the newspaper.

Another pillar of the Delta Plan is a series of so-called transport hubs located on the outskirts of the big cities. These hubs must make it easier to switch between different forms of transport, for example from car to train, or subway to bike. "It is also the place where national public transport and regional transport comes together", NS CEO Roger van Boxtel said to NOS. These modern hubs will also include shops, meeting rooms, terraces, and overnight options.

The Delta Plan will officially be presented to the government on Wednesday.