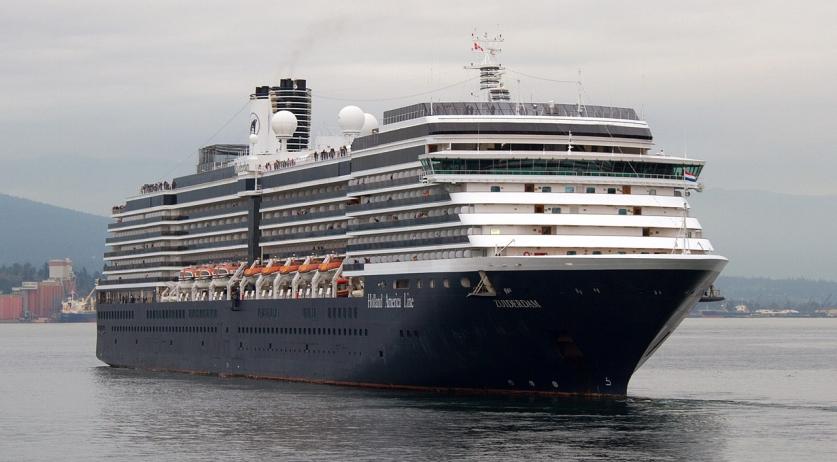 Around 50 climate activists from the group Smash Cruiseshit blocked the departure of Dutch cruise ship Zuiderdam from the German city of Kiel on Sunday afternoon, the action group said in a press release. The activists occupied a construction crane, positioned rowboats in front of the ship, and blocked access to the bollards to which the ship was moored.

According to Smash Cruiseshit, the action was meant to draw attention to the pollution caused by cruise ships and the working conditions on board. While cruise ships are using new technologies to reduce their emissions, the total emissions still increases as more and more cruises are offered, the action group said. According to the group, cruise ship workers only earn around 2 euros per hour and often have to work 72 hours a week.

The blockade started late in the afternoon and ended at around 10:15 p.m., according to the activists. They report that 32 people were arrested.

"In recent years we have distributed flyers time and again, also here at the terminal. However, the Kiel seaport has always tried to limit our freedom of assembly in every conceivable way and to prevent us from turning to passengers", one activist said in the press release. "Now, in this way, we make it obvious and clear: We will not tolerate the operation and further expansion of cruises."

Today activists of @smashcruiseshit blocked the cruise ship #Zuiderdam in the city of Kiel. Cruise Ships 🚢 are an overlooked topic regarding emissions. DangerouS to nature and health. Port cities unite! Spread the word! @ExtinctionR @ExtinctionR_DE pic.twitter.com/au0NvJKrYD