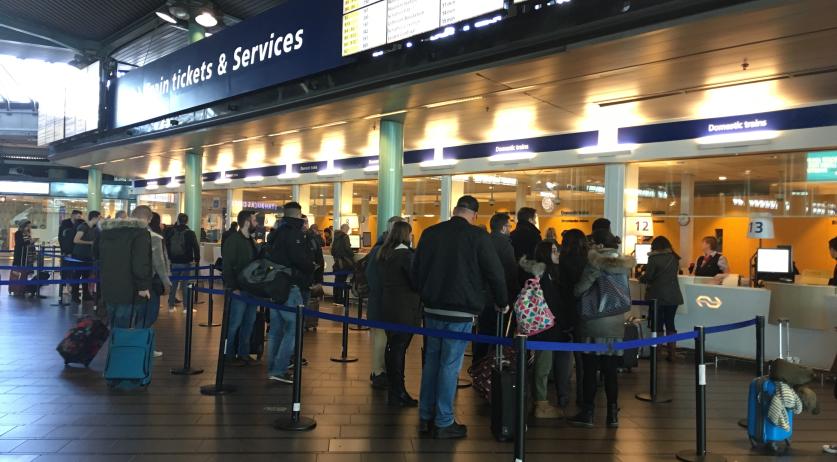 Trains to Schiphol must run during Tuesday public transit strike

Trains must continue to take passengers to and from Schiphol Airport during a national public transit strike scheduled for Tuesday, a court in the Netherlands ruled on Sunday. Though buses, subways and trams will grind to a halt, the transportation unions were ordered to ensure that at least four trains per hour will run each way between Amsterdam Centraal and Schiphol.

The trains will run between 5 a.m. and 9 p.m. Stops will also be scheduled at the Amsterdam Lelylaan and Sloterdijk stations. Few, if any, other trains are expected to run that day which national railway NS said should be a “serious nuisance” for people.

Court proceedings sparked by complaints from the airport and the Haarlemmermeer municipality were stalled Sunday morning to see if the parties could resolve the issue directly with the unions. The court stepped back in when talks failed.

Schiphol said about half of airplane passengers access the airport, or depart from it by public transportation. With tens of thousands set to arrive on Tuesday it was not clear how these passengers would leave the facility.

Because of this the airport said the strike had the potential to disastrously impact public order and safety. It said it was an unintended victim of the strike which is targeting national politicians in The Hague.

The unions want to see the retirement age frozen and possibly rolled back because its workers operate loud, heavy machinery, and both accidents and suicidal behavior by pedestrians has a strong negative impact on workers’ emotional well-being. They are also fighting for more robust pension benefits and pensions for self-employed people and flexible freelancers.