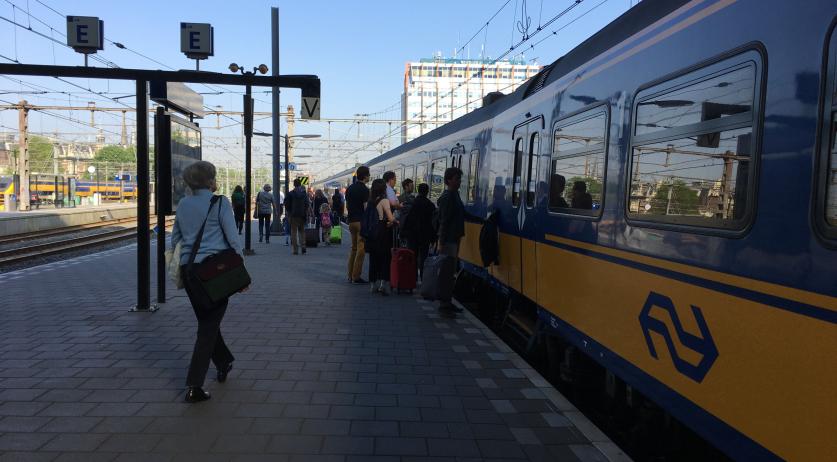 Nearly all public transit to shut down May 28; Labour supports

Regional public transit companies announced that they will join employees of NS and the city transporters in Amsterdam, Rotterdam and The Hague in a strike for a better pension system on May 28th. That means that nearly all public transit in the Netherlands will be shut down next week Tuesday, union FNV announced. Labour party PvdA expressed support for the strike.

The only public transit companies whose employees are not participating in the strike are Keolis and Qbuzz in Utrecht, Keolis on the Veluwe, Arriva in Achterhoek and Rivierenland, and Connexxion in Lelystad and surrounds, according to newspaper AD. The unions also call on workers in other sectors to strike for their pensions on Wednesday, May 29th.

The unions already held labor actions for a better pension system and freezing the retirement age at 66 years on March 18th. On that day NS employees and employees of the city public transit companies put down their work for 66 minutes during morning rush hour. Other actions were planned for later that day, but these were canceled after a mass shooting on a tram in Utrecht. Employees from the police, Defense, customs, Koninklijke Marechaussee and ambulance services, among others, canceled their planned actions on that day.

The unions now say they are taking action again because there is still no prospect of an agreement on the pension system. Negotiations between the trade unions, government and employers on the pension system fell apart at the end of last year. "We find it annoying for travelers, but we're also doing this for them", Brigitta Paas, director of FNV Streekvervoer, said to AD. "For  good pension for everyone. It is time for the cabinet to make a move." The unions want the retirement age to be frozen, and for workers with taxing jobs to be able to retire earlier.

The PvdA supports the strike. "The cabinet plans for a new pension system affect the employees of transporters disproportionately. The retirement age is raised and there is only limited indexation. The pensions may even be cut", the party said in a press release.

NS said it regrets the 24 hour strike on the railway. "This is very drastic for our travelers. This makes them the victims of a conflict in which NS is not a party", the Dutch rail company said, according to AD. The company is looking into what the consequences of the strike will be exactly and how it can best inform its travelers.