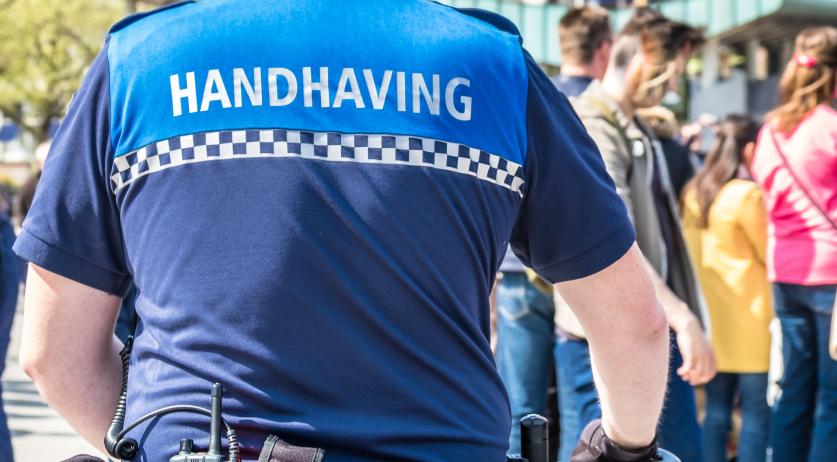 Enforcers planning more actions in plea to be armed

Enforcement officers are planning more protest actions in their long ongoing campaign to be armed with batons and pepper spray, to defend themselves against the violence they face during the course of their duties, enforcers' union NBB said to Nieuwsuur.

The actions will start next week. "We will not issue fines in Amsterdam for an indefinite period of time", NBB chairman Ruud Kuin said to the news program. There will also be a warning strike before the summer, Kuin said. "And if it is still not resolved, there will be a strike during the Gay Pride in Amsterdam." The protest actions will start in Amsterdam, but the union also wants to expand them to other cities. "Because enforcers are used everywhere in the country and everywhere they face aggression and violence."

A previous survey showed that a third of enforcers face violence on a daily basis, largely verbal violence, but also physical violence, according to NOS. Enforcement officers have therefore been campaigning to be armed in order to better defend themselves. In January, enforcers in Amsterdam campaigned by not writing fines. According to Kuin, the municipality missed out on 300 thousand euros in this action. They also wanted to strike in Amsterdam during King's Day, but the municipality managed to prevent this action in court.

At this stage most municipalities are against arming their enforcement officers. Mayor Femke Halsema of Amsterdam agreed to equip the city's enforcers with bodycams, but will not give them batons and pepper spray. She did, however, promise that enforcement officers working in the Dutch capital will receive extra support from the police.

Trade union FNV, which covers NBB, plans to hold the city of Amsterdam liable for negligence, Kuin said to Nieuwsuur. "They are negligent because our people cannot defend themselves. We are going to hold them liable for the damages that enforcers suffer." Arming enforcers is an easy thing for municipalities to do, Kuin said. "There is legislation that enforcers can be equipped with means of defense. The only thing needed is an application by the employer, in this case the municipality of Amsterdam."

Minister Ferdinand Grapperhaus of Justice and Security and the police are also against arming enforcement officers. "The monopoly on violence remains with the police", Grapperhaus wrote in a letter to parliament in December.

"I don't understand the wish of the enforcers", police scientist Jaap Timmer said to Nieuwsuur. "Even the police have no weapons for defending themselves. They use them to carry out their police duties, namely criminal enforcement and maintaining public order. That can be accompanied by violence. But when enforcing local regulations on dog poop and parking, violence is not so obvious."

Kuin sees it differently and the union will continue to plea for enforcers to be armed. "But I fear something terrible will have to happen before something is promised", he said to the program.