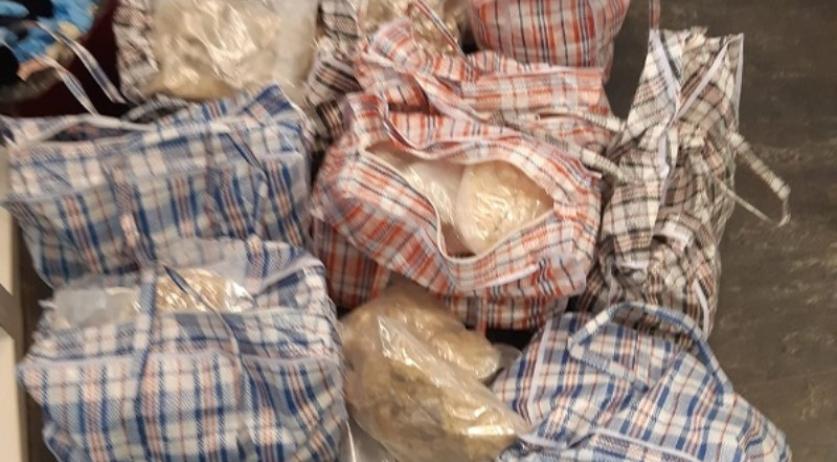 The police per chance found over 114 kilograms of MDMA crystals while checking a car in the parking lot at Wouwse Tol on the A58 on Monday afternoon. The driver, a 56-year-old man from Berghem, was arrested, the police said in a statement on Wednesday.

At around 5:00 p.m. on Monday, the police pulled over a car on the A58 near Wouw for a routine check. The car pulled onto the parking lot, where the driver handed over his driver's license, but was unable to show the vehicle's registration number. The officers then asked for permission to search for the car's chassis number, in order to complete their check.

In the trunk of the car, the officers discovered a hidden space that was filled with shopping bags. At first glance, the bags contained MDMA crystals. The car was confiscated. The driver was arrested and taken to a police cell complex for further investigation.

At the police station, the car was thoroughly searched. A second hidden space was discovered, also containing bags of MDMA. A total of eight large shopping bags filled with over 114 kilograms of MDMA were found.

The drugs were tested at the police station, but the Dutch forensic institute NFI will also conduct an investigation to determine the exact composition. The drugs will be destroyed.