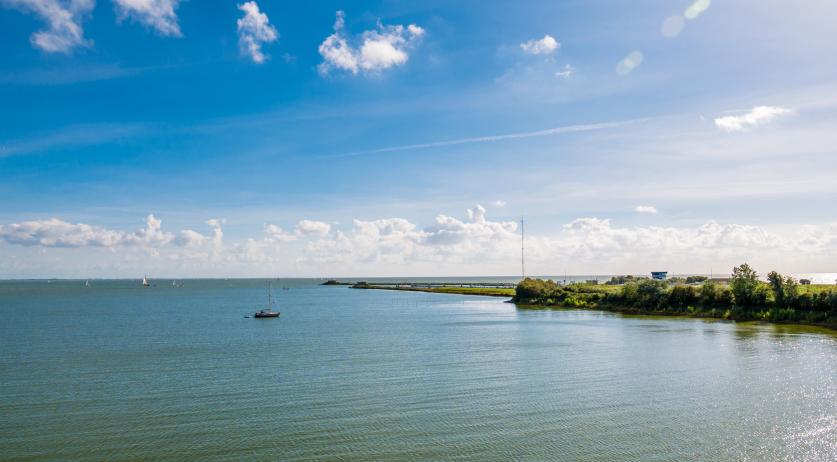 While perhaps more commonly known for floods than droughts, The Netherlands is allocating seven million euros to combat excessively dry seasons in the country. The money will be used to build larger water reservoirs in sandy areas, to monitor levels of evaporation, and to reduce the impact of salinization on drinking water production, the government announced on Friday.

The IJsselmeer, which provides the country with a third of its drinking water and potable water for agriculture, will be kept at its highest possible level by the beginning of the summer so if this year is as dry as last the lake's declining levels will have a reduced impact on the Dutch water supply. The plan also calls on further investment by local water boards, and national infrastructure agency Rijkswaterstaat to come up with ideas for providing inland shipping captains with better information, and to determine if dredging river bottoms could be part of a potential solution.

Friday's statement from Infrastructure and Water Management Minister Cora van Nieuwehuizen makes no mention of climate change directly, though agencies and academics have made the connection in the past. A drought of historic levels, as seen in 2018, was previously predicted every 40 or 50 years. It is now expected every 10 to 20 years, Niko Wanders of Utrecht University said last summer. Government meteorological institute KNMI also predicts that the Netherlands will continue to become far dryer in the coming years.

The 2018 record drought in The Netherlands caused a myriad of problems for the shipping and agriculture sectors, as well as homeowners. Over a million homes could be at risk of subsidence across 83 Dutch municipalities. The foundation problems alone could cost individual homeowners upwards of a hundred thousand euros.

Wageningen University researcher Henny van Lanen accused The Netherlands of being "blind to drought" even as other European nations were more aggressive in combating the issue. "As a low lying country with large rivers, we are always working on preventing wetness. That explains why we are now so surprised by the drought", Van Lanen said.

Water levels are currently at a deficit in 2019, demonstrating that The Netherlands still had not recovered from the 2018 dry season. Countrywide the average precipitation deficit on March 31 was at 65 millimeters, where a surplus of about 200 millimeters is normal.

It could mean that problems in agriculture will arise even faster in 2019 than a year ago.