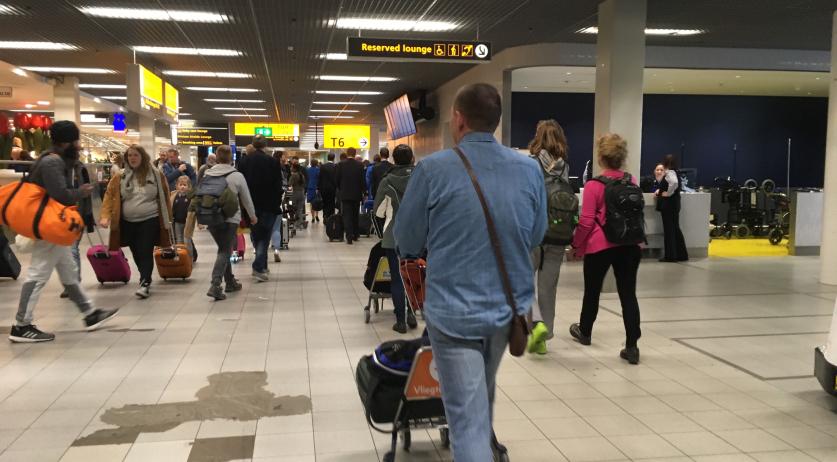 The number of passengers traveling through the five Dutch airports keeps growing. In all of last year a total of 79.6 million people traveled through the airports in the Netherlands, 4.5 percent more than in 2017, Statistics Netherlands reported on Monday.

Schiphol airport processed 71 million passengers last year, a 3.7 percent increase compared to 2017. Passenger numbers at Schiphol have been increasing since the third quarter of 2010, though this growth has been leveling off since the second quarter of last year. According to the stats office, this has to do with the limit of 500 thousand flight movements per year in effect at Schiphol until 2020. Last year the number of take-offs and landings at Schiphol increased by 0.5 percent to over 499 thousand flight movements.

Eindhoven Airport, the Netherlands' second largest airport, saw passenger numbers increase by 9.4 percent to 6.2 million last year. Eindhoven Airport's passenger numbers increased steadily since the third quarter of 2009. The only quarter since that saw fewer passengers travel through the airport was the second quarter of 2016, when the airport's runways were being renovated, according to the stats office.

Rotterdam The Hague processed 10.1 percent more passengers in 2018. And the relatively small airports of Groningen Eelde and Maastricht Aachen saw their passenger numbers increase by 13.3 percent and 64.1 percent respectively.