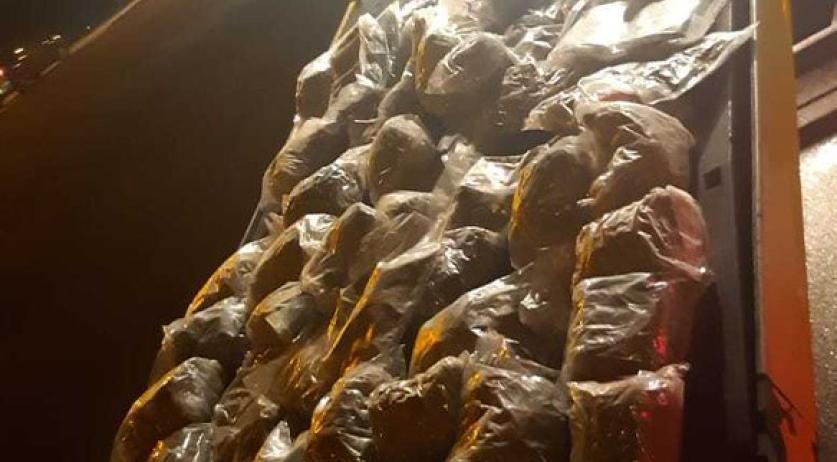 A 20-year-old man from Groningen was arrested during a routine traffic check on the A28 near Zwolle after the police found 67 kilograms of cannabis and 69 packets of hashish in the trunk of his car. According to the police, the drugs have a street value of over 500 thousand euros.

The man initially refused to open the trunk. He had a "creative" story for why he didn't want to do so, a police spokesperson said to RTV Noord. "He said he was embarrassed because he had sex dolls and sex magazines in there", the spokesperson said. "After some insistence, the trunk was opened and our officers found dozens of kilos of drugs."

The police are investigating the origin of the drugs.