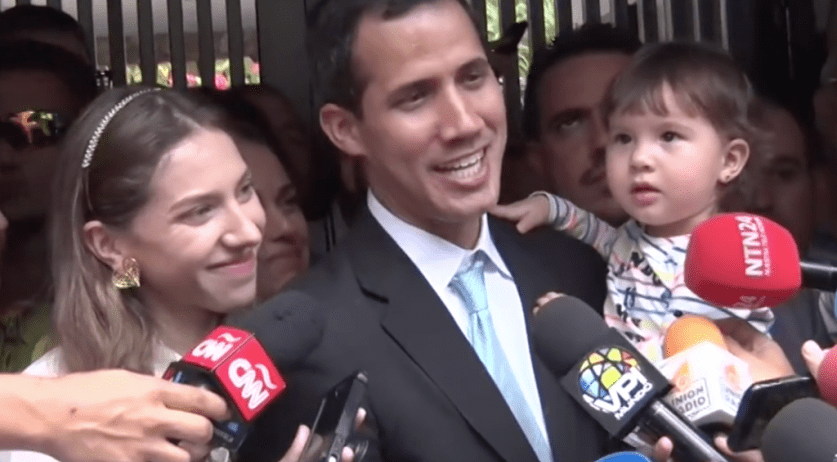 A large number of EU countries, including the Netherlands, officially recognized opposition leader Juan Guaidó as interim president of Venzuela on Monday. In a letter to parliament, Dutch Minister Stef Blok of Foreign Affairs said that the government decided to recognize Guaidó, because Venezuelan president Nicolas Maduro failed to meet an ultimatum set by the European Union, NU.nl reports.

Last week the European Union called on Maduro to arrange free elections within eight days. If he did not meet this requirement, EU countries would recognize the parliamentary leader as the new president. So far the Netherlands, the United Kingdom, Spain, Germany, France and Denmark did so.

Guaidó named himself interim president last month after weeks of riots and protests against Maduro, who is accused of not organizing completely free elections. Venezuela has been in a deep political and economic crisis for months, with many of its residents facing starvation. Millions of people have already fled the country. The Netherlands is closely monitoring the situation in the country. Venezuela is close to Aruba, Curacao and Bonaire and is the largest neighbor of the Kingdom of the Netherlands.

There is no common consensus in the EU about whether or not to recognize Guaidó as the new leader of Venezuela. While it is expected that most EU countries will do so, Italy already indicated that it does not support Guaidó, according to the newspaper. Relatively many Italian citizens live in Venezuela. The Kremlin condemned the European countries that decided to recognize the opposition leader. According to Russia, this is "unlawful interference" in an internal affair.

The United States, Canada and a number of large South American countries already recognized Guaidó as interim president. US president Donald Trump imposed economic sanctions against Venezuela to force Maduro to step down. Trump also said he would consider military intervention in the country if Maduro doesn't renounce power.