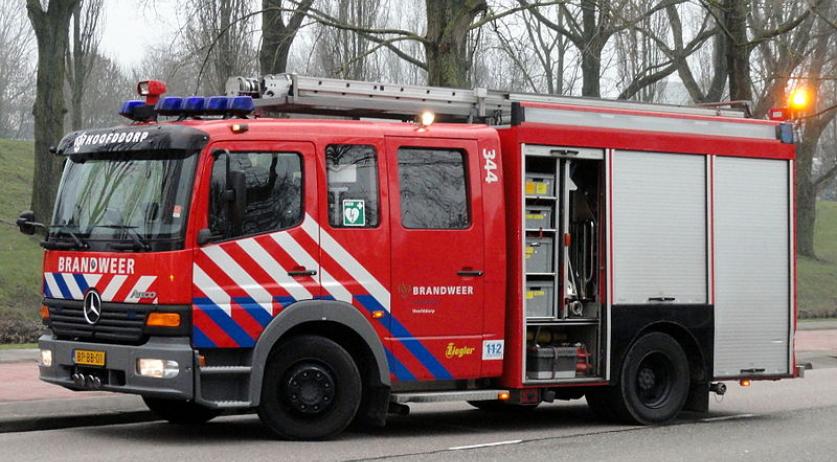 "A miracle" that no one died in Hague gas explosion; 4 still hospitalized

Even though 10 people were injured in a large explosion on Jan van der Heijdenstraat in The Hague on Sunday, the blast that left three apartments destroyed could have ended so much worse. It is a miracle that no one died, firefighters and experts said to broadcaster NOS.

Four wounded are still in hospital. A man who was stuck under the rubble for eight hours had surgery on both his legs on Monday. He is in intensive care, but doing well under the circumstances, according to his cousin.

"I think we can speak of a miracle that no one died", firefighter Marijn van Eijsden said to the broadcaster. The facade of the three apartments was blown off and part of the floor collapsed. Windows were shattered everywhere in the neighborhood and the street was littered in glass. "It was strange for me to experience this kind of collapse in the Netherlands", Van Eijsden said. He watched "with due pride" as rescuers brought one victim after another out alive. "Everyone was super happy. We should be grateful that no people were killed."

It is a wonder that the adjacent apartments are still standing at all, according to Rob Nijsse, professor of civil engineering at TU Delft. "Buildings in the Netherlands are not made to withstand such explosions. If you are going to build for that, everything has to be super strong and solid. That is much more expensive." In 2000 the rules for building houses were tightened to prevent collapse as much as possible. But the buildings on Jan van der Heijdenstraat were built long before that, presumably in the 1930s. "That no one died really surprises me", Nijsse said to NOS. "This could have ended much worse."

Four people were rescued from the rubble by specialized technical assistance teams from Alphen aan den Rijn and Beusichem in Gelderland. These teams specialize in working in locations where there is a threat of collapse. The team members have architectural insight, special search equipment to find victims, and tools and equipment to stabilize the building. The first three victims were rescued within half an hour. Rescuing the fourth victim, a 28-year-old man, took around eight hours.

The rescuers worked very carefully in very dangerous conditions. "Above all, we did not want the building to collapse further. That would make it much worse for the victim", spokesperson Berry Wasmus said to NOS. After abandoning a first plan, the rubble was removed layer by layer with a crane. Rescue workers kept contact with the victim through a two-way radio, brought to the man by a specially trained dog.

The fire department believes the explosion was caused by a gas leak, but that is still under investigation. According to Omroep West, the residents of the three collapsed apartments lost all their worldly possessions. The collapsed part of the building was immediately demolished and removed, due to a danger of further collapse. It is not yet clear whether the other apartments can be saved.

According to NOS, the Netherlands has five specialized technical assistance teams. In addition to those in Alphen aan den Rijn and Beusichem, teams are located in Drachten, Zwolle and Tilburg. In a major emergency, such a team can be on site anywhere in the Netherlands within 90 minutes. Specialized technical assistance teams were also involved in the aftermath of an explosion and fire in Urk, the collapse of the town hall in Woerden, and the collapse of a parking garage at Eindhoven Airport.