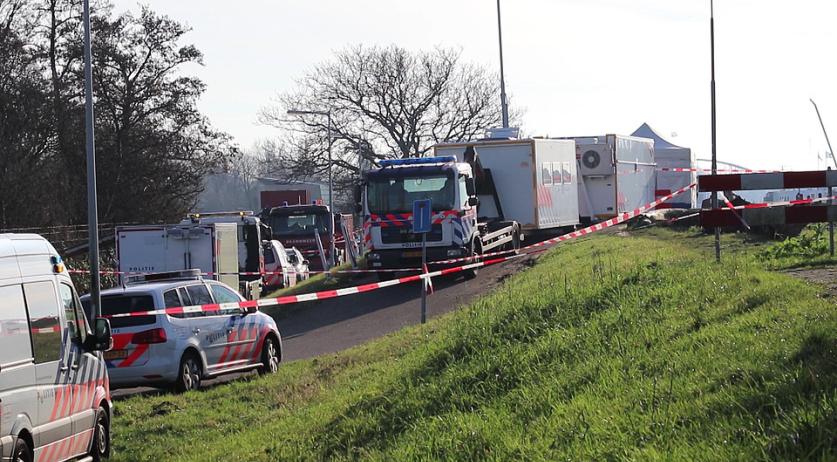 A suitcase found on the banks of the Zuider IJdijk on Saturday contained the torso of a woman, the police revealed on Opsporing Verzocht on Tuesday. Investigators are still trying to identify the victim.

According to the police, the woman was between the ages of 20 and 50. She wore a black dress and black shirt. There are no tattoos or scars on her torso. Investigators are currently trying to match the victim to women in various missing person databases, but so far with no success.

The torso was found in a dark colored, medium sized Samsonite suitcase with wheels. The suitcase had been lying on the banks of the Zuider IJdijk since at least January 11th, when the police first received a report about it. On that day responding officers couldn't find it.

On Sunday the police performed an extensive trace evidence investigation in the area. Investigators would like to come into contact with witnesses. They specifically want to know exactly when the suitcase was dumped, and therefore want to talk to anyone who saw suspicious persons or vehicles in the area. To this end, the police also want to talk to people who were at the Zuider IJdijk and did not see the suitcase.