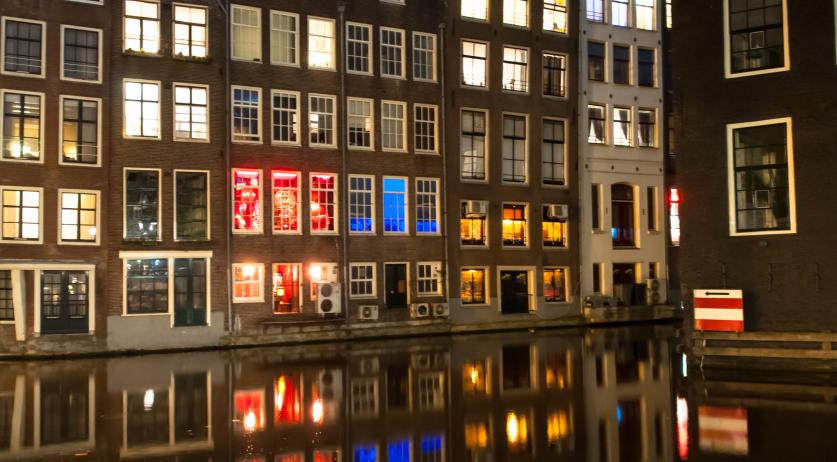 My Red Light, Amsterdam's sex-worker run brothel, is in desperate need of rescue. The running of a safe and financially sound prostitution business by sex workers themselves is a too ambitious project, independent investigator Corrine Dettmeijer, formerly the National Rapporteur on Human Trafficking, concluded after investigating the business. "I think the municipality should never have started this", she said, Het Parool reports.

The idea was beautiful - the first brothel in the world that is run by sex workers themselves, who could work safely in three buildings the municipality provided. But 18 months after its founding, Dettmeijer was called in after persistent complaints about the progress of the project. She concluded that the municipality dropped the ball and that the three former sex workers on the board are not capable of managing My Red Light properly.

The financial situation of My Red Light is not healthy. The windows are barely occupied during the day. And there are suspicions of at least four victims of human traffic working in the brothel, abuses that were not always adequately reported by the board. As a result, the board faces a fine of 25 thousand euros.

The board thought they could negotiate with enforcers about the strict prostitution rules that apply to the entire industry and do not take responsibility for mistakes made, Dettmeijer said. Her report sketches a picture of a group of amateurs, who are far too overloaded with the wishes and expectations of the Amsterdam city hall.

A brothel run by sex workers is infeasible, Dettmeijer said. "The idea that former sex workers would also form a good management for a company that is financially sound and innovative and that stands well in a difficult sector, is factually based on nothing", she said.

That My Red Light was launched anyway is largely due to the efforts of the late Eberhard van der Laan, she said. He almost propelled the project forward personally, approaching donors and financiers himself, despite warnings from his officials about the project's feasibility. "His role was decisive for starting the project." Incidentally, Dettmeijer fails to mention the fact that Van der Laan acted on behalf of the city council, according to Het Parool.

The Amsterdam city government also made a second mistake, according to Dettmeijer. Once the project started, the city hall's role suddenly changed from founder and supporter to that of a distant controlling body. The municipality expected My Red Light to be a model company from the start, without giving it the needed support. "The municipality took far too abrupt distance from My Red Light and thereby also played a role in the development of the problems."

In May last year Amsterdam mayor Femke Halsema said she wanted to make a last attempt to continue with My Red Light. In the coming period the city council will have to decide whether it wants to do so.